The rise in smartphones has rapidly increased in recent years. Therefore these gadgets have become a necessity nowadays. 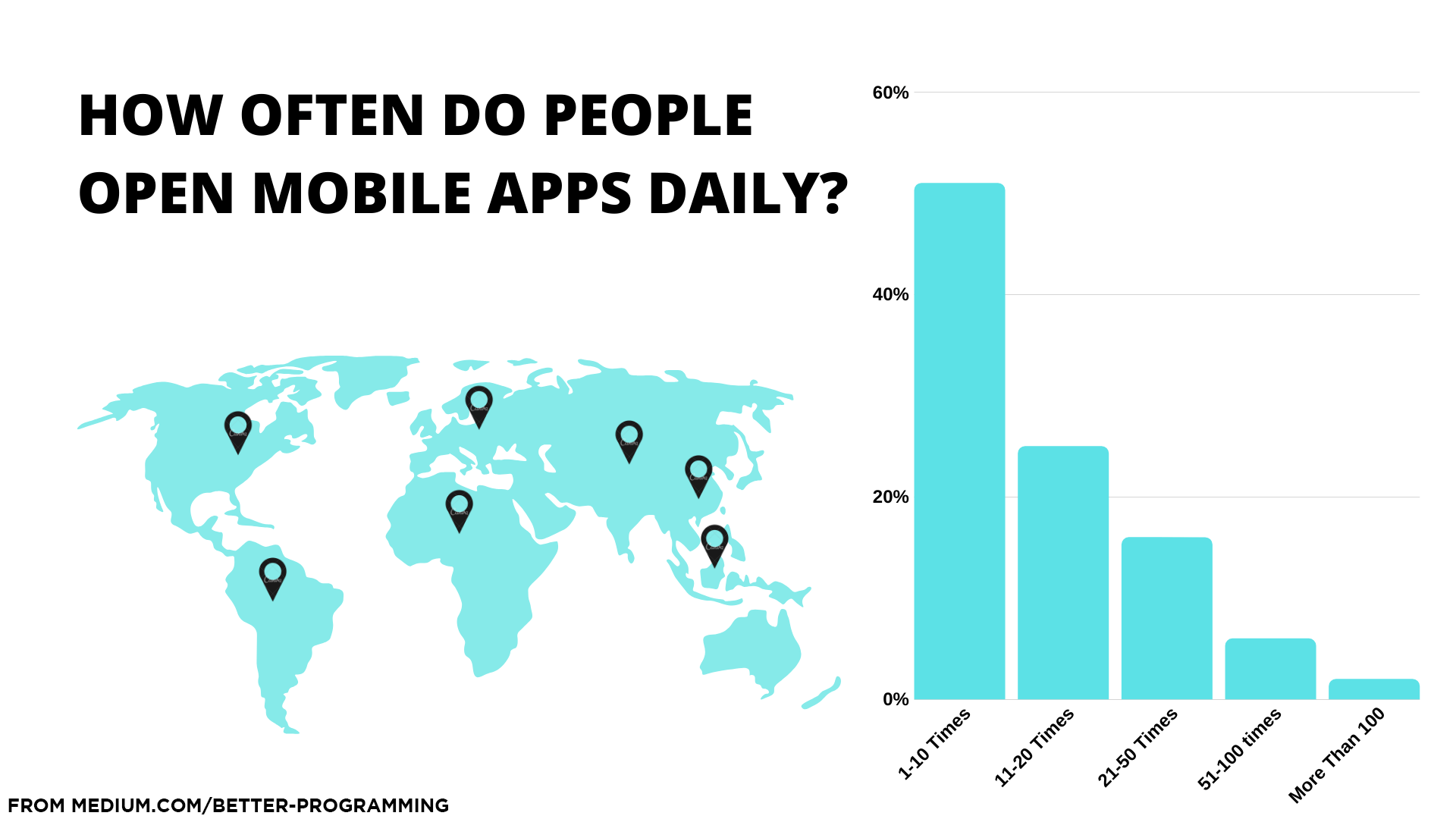 The figure for smartphones has already crossed billions, and a lot of businesses have turned towards adopting mobile apps for their customers, along with having a website.

Mobile applications allow the business to engage their customers in a better way by giving them access to their services with the utmost ease.

Let’s reveal a few facts to demonstrate our point. 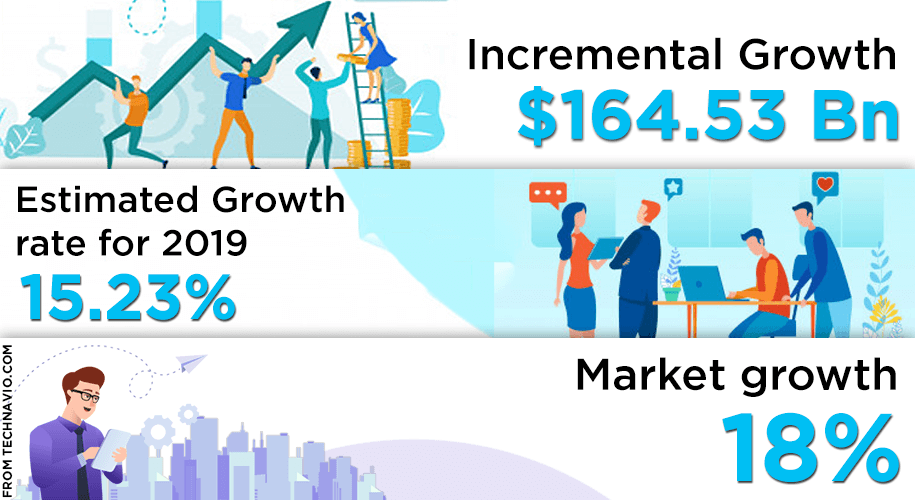 You can’t oversee these numbers, and now have more people making use of their smartphones for various tasks. So it’s the right time when businesses can take advantage of this by having a mobile application.

The increasing numbers of smartphones and the development of applications are some of the major factors driving market growth. The mobile market has already reached over 5,37,6000 apps in all the application stores, including Google Play and the App Store. 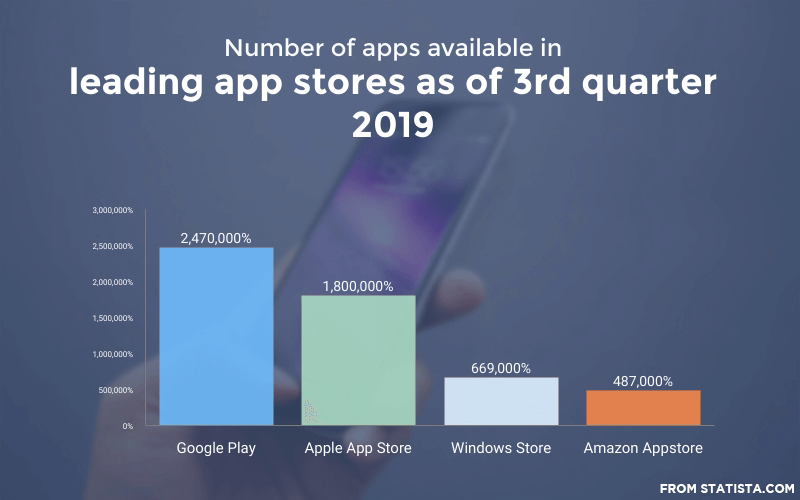 The key driver for the rise of mobile app development is the increasing adoption of mobile devices in the market. Mobile phones tend to improve productivity, safety, and bring the most crucial aspect in this hustling era, i.e., mobility.

We use our phones wherever we go and whatever we do at the workplace, at our house, while walking on the road, while eating, in bed, and almost everywhere.

We use our phones at work, at home, on the street, while we’re eating, in bed, and even in our cars. You might be reading this from a mobile device right now. Well, do you know what people are doing on their phones?

We have the answer, according to statistics by Smart Insights, 90% of the overall mobile time is consumed on the apps. 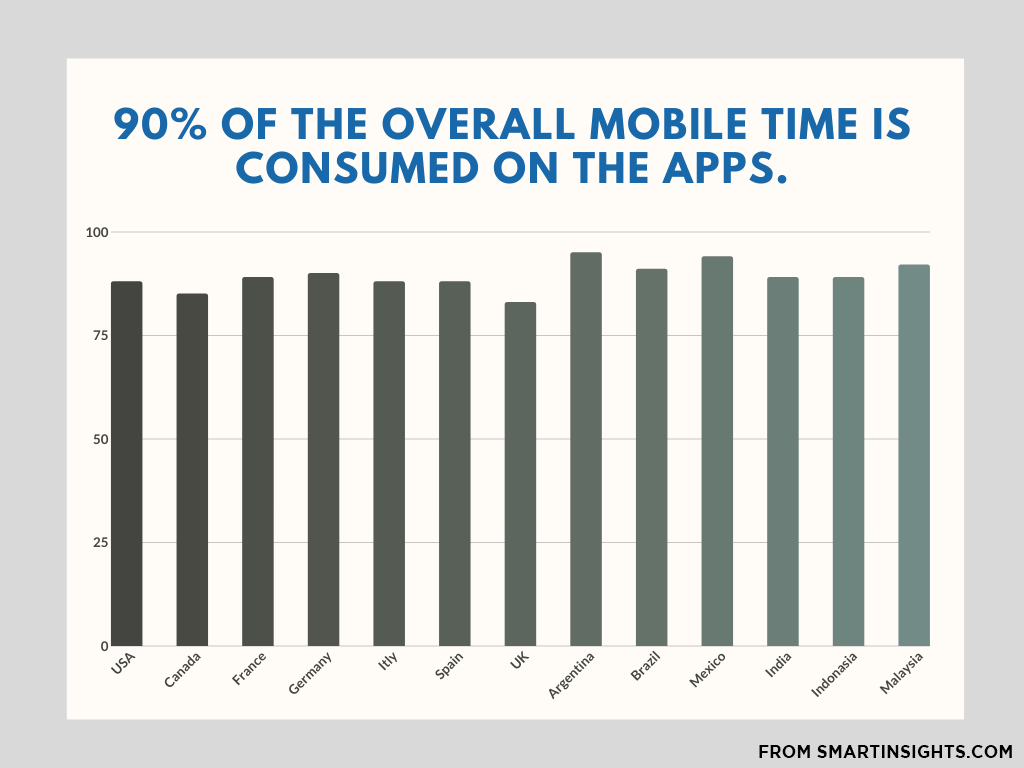 We have accumulated a few notable mobile app statistics for you:

App Downloads: As the mobile devices will increase, so the mobile applications will rise, and the app market will encounter a massive shift in app downloads. As per AppAnnie by 2022, the annual worldwide app downloads will go over 250 billion downloads.

Consumer Spend: According to a report by AppAnnie forecasted that the consumer spends in apps stores will reach $156.5billion by 2022. 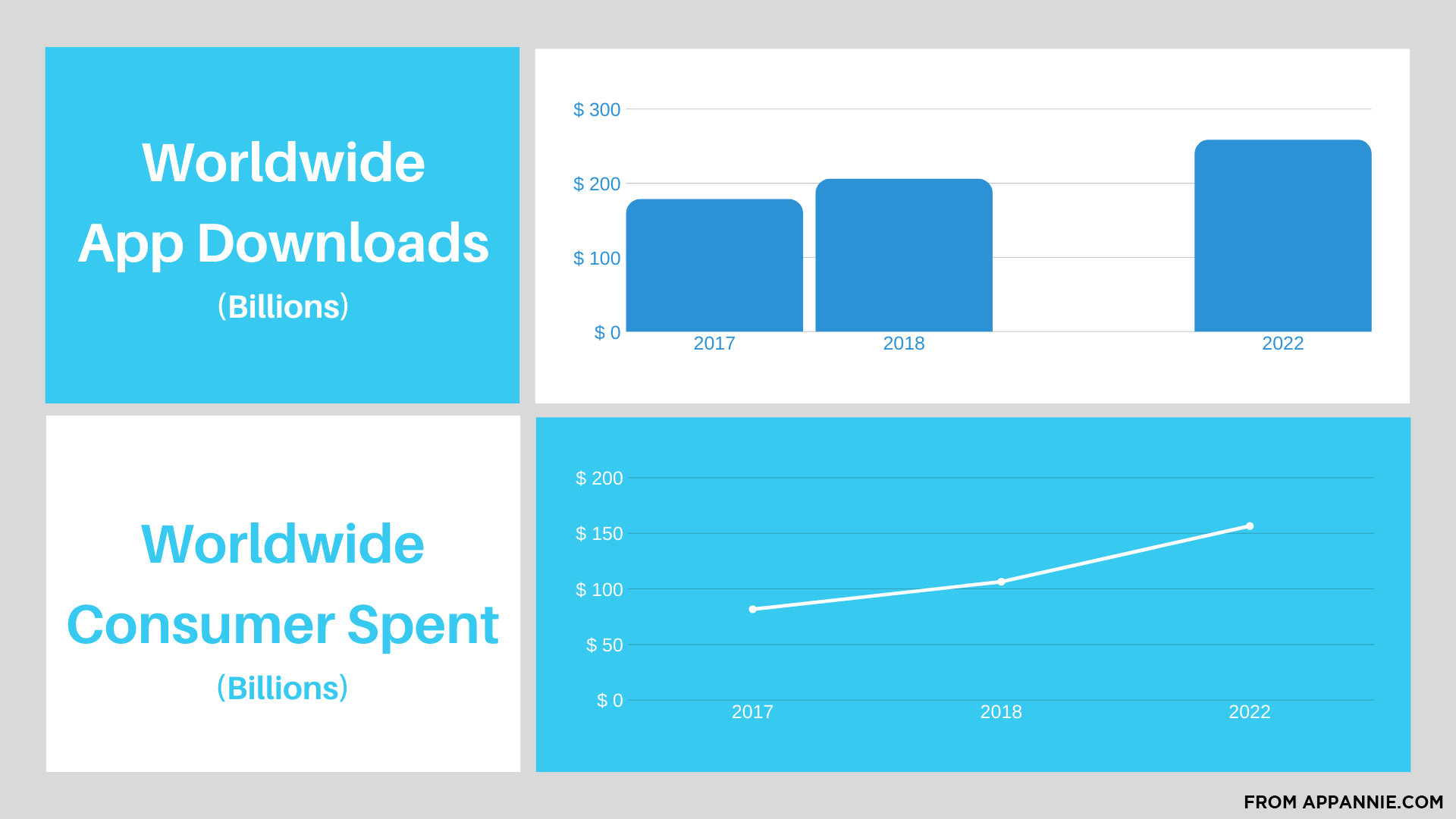 Therefore the increases in the number of mobile devices demand the need for mobile applications to operate and perform functions smoothly.

While exploring the programming languages, frameworks, and a suitable platform for mobile application development, you also have to explore the front-end development environment.

In this blog, you will find today’s popular programming languages and development frameworks for mobile app development.

If we look from the coding perspective, you can choose to create your app in these three types of mobile apps;

A native app is written in a language that is natively supported by the device Operating System vendor. Native app development is done by using the framework owned by mobile platforms. The platform APIs are available entirely to the app code, and the OS provides the UI component library.

For instance, in iOS, we have the iOS Software Development Kit (SDK) usually used with Xcode, an IDE, and for native Android app development, Android SDK is used with Android Studio.

Applications that are written in one language but can run on all the platforms. In cross-platform mobile apps, the language you use to write the code may not be the native language of the platform. This means that the code might be included, connected, or cross-compiled to the bytecode that can execute directly on the Operating System with the help of some libraries. 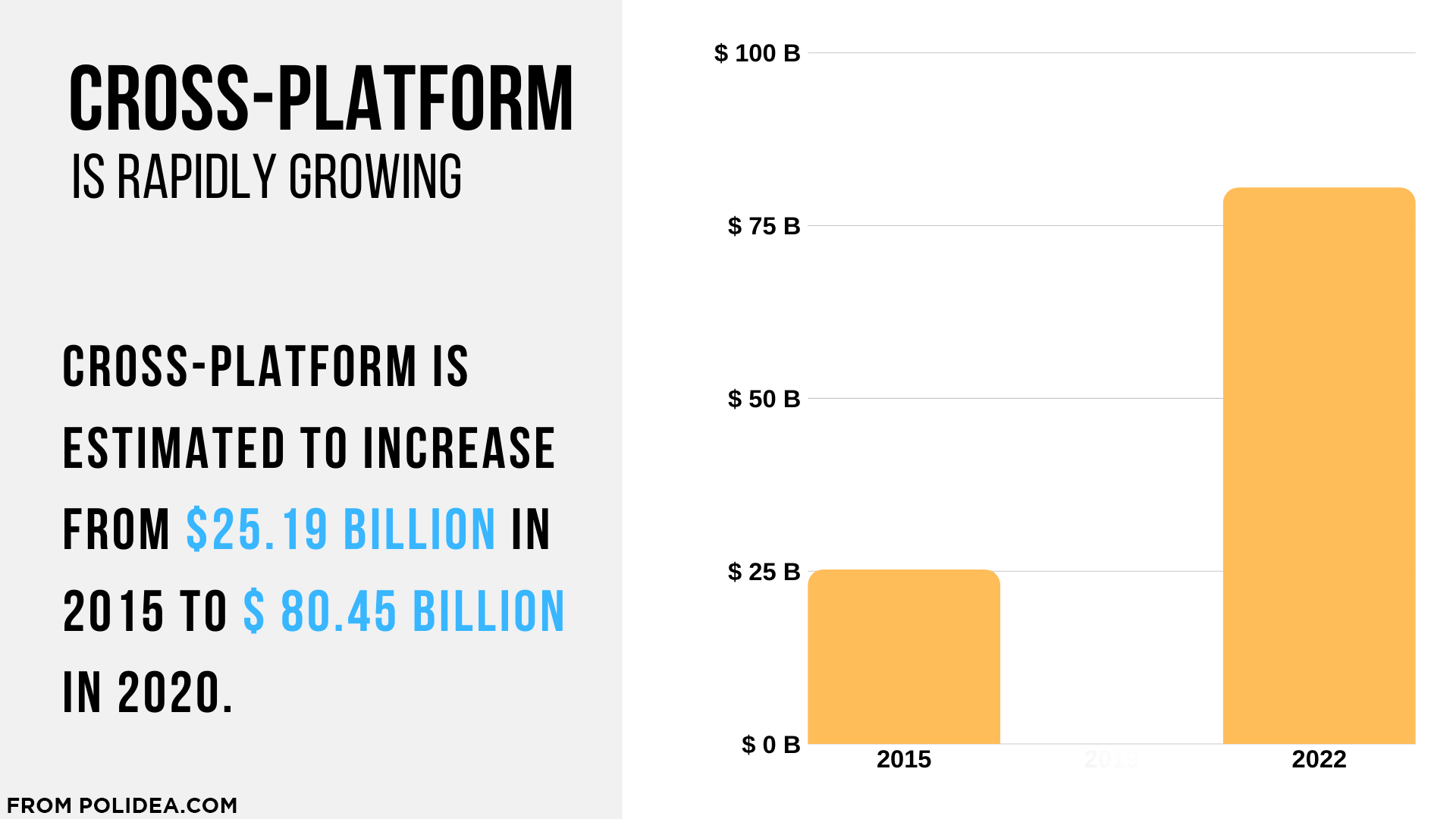 These are considered a lightweight model where you open a URL in your device’s browser. They give you a look and feel of a regular app. You don’t need to install these apps on the device; mobile websites are accessed through a URL.

You should also consider this model while developing mobile applications. 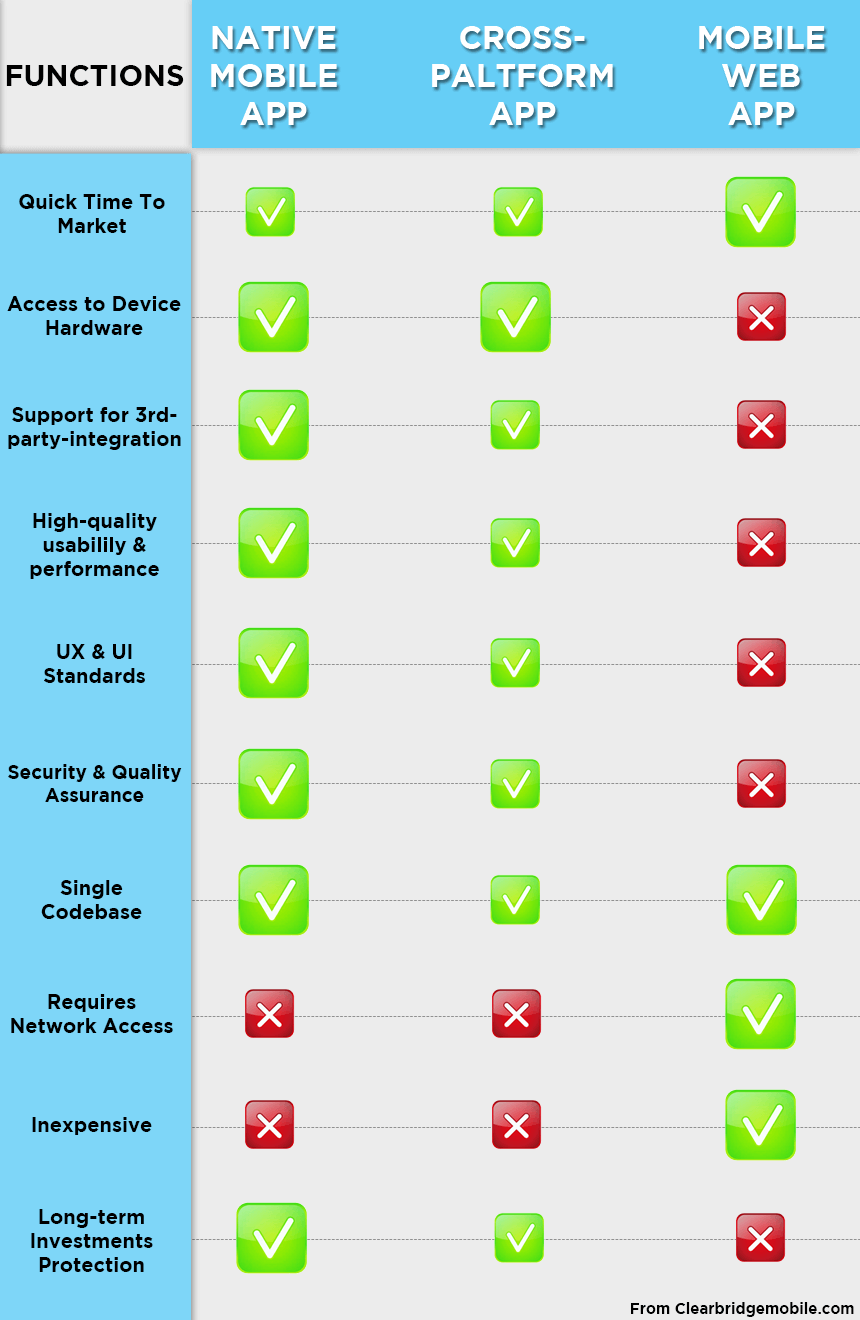 There are a few languages that have been popular and not going to lose their popularity in the next few years. Here we are talking about languages like Java, Objective-C, JavaScript, and PHP.

These languages have been in the market for the past many years and have become standard languages for mobile application development companies. 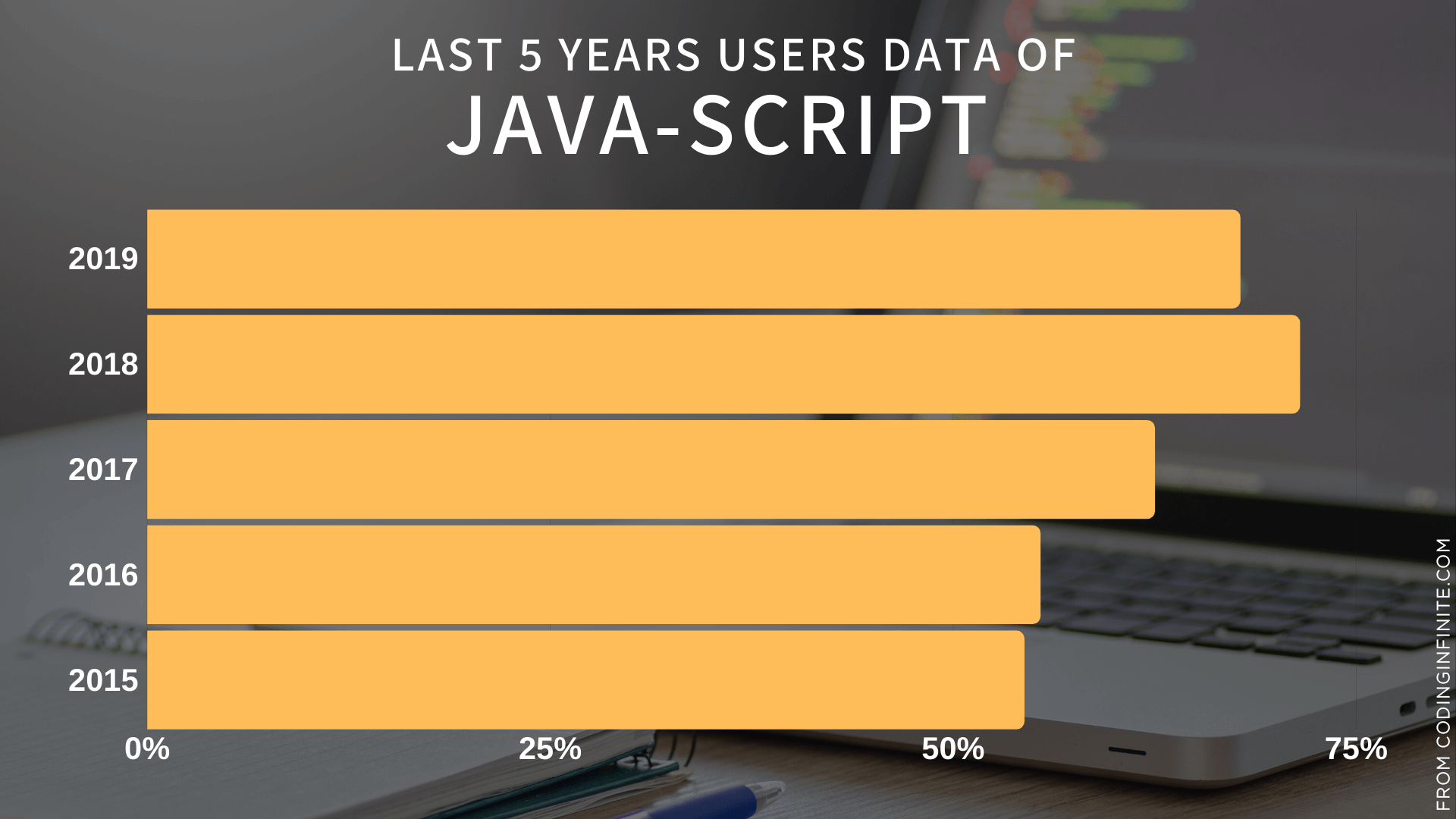 But to create a flexible application as per current technology and user demands, it is essential to go beyond these standard languages. For this, you need new programming languages that have the potential to stand in the market for upcoming years and enable developers to build a flexible and modern application.

These new languages are more concise in comparison with old ones and have solved the overly complex algorithms of previous languages. 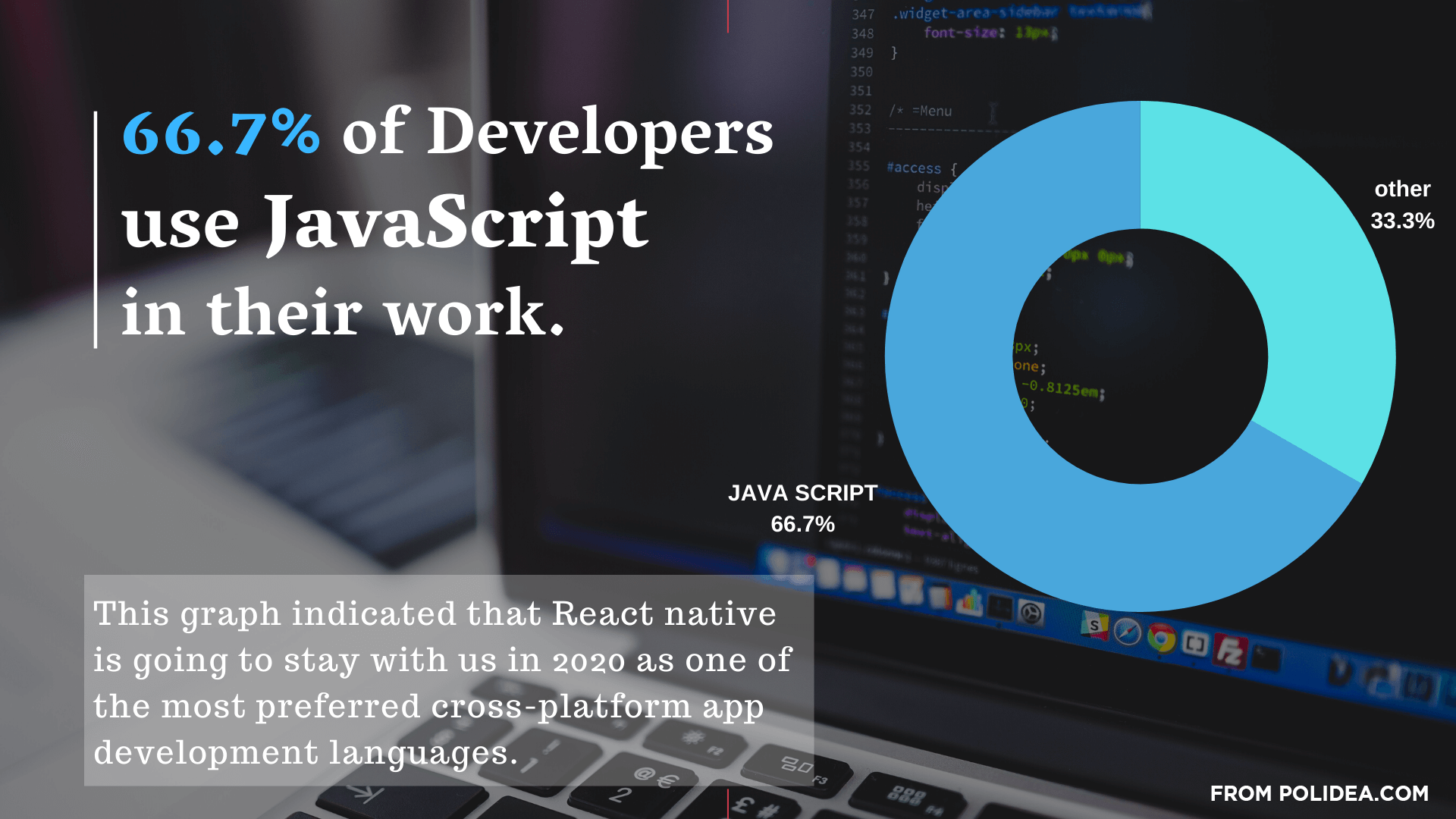 In this article, we are going to present a few trending top programming languages which will continue in the upcoming year 2020. This list uses the authentic data acquired from surveys handled by reputed firms, from statistics, and search results.

These languages are also the first preference for many top mobile app development companies.

Google announced in 2017 that it would support Kotlin as the alternative for Android programming. Kotlin is a comparatively young native Android language that has the potential to replace Java. It has so many features that Java doesn’t have and is considered as a perfect language to create Android apps. It resolves many problems that Java has. Kotlin is one of the fastest-growing languages. 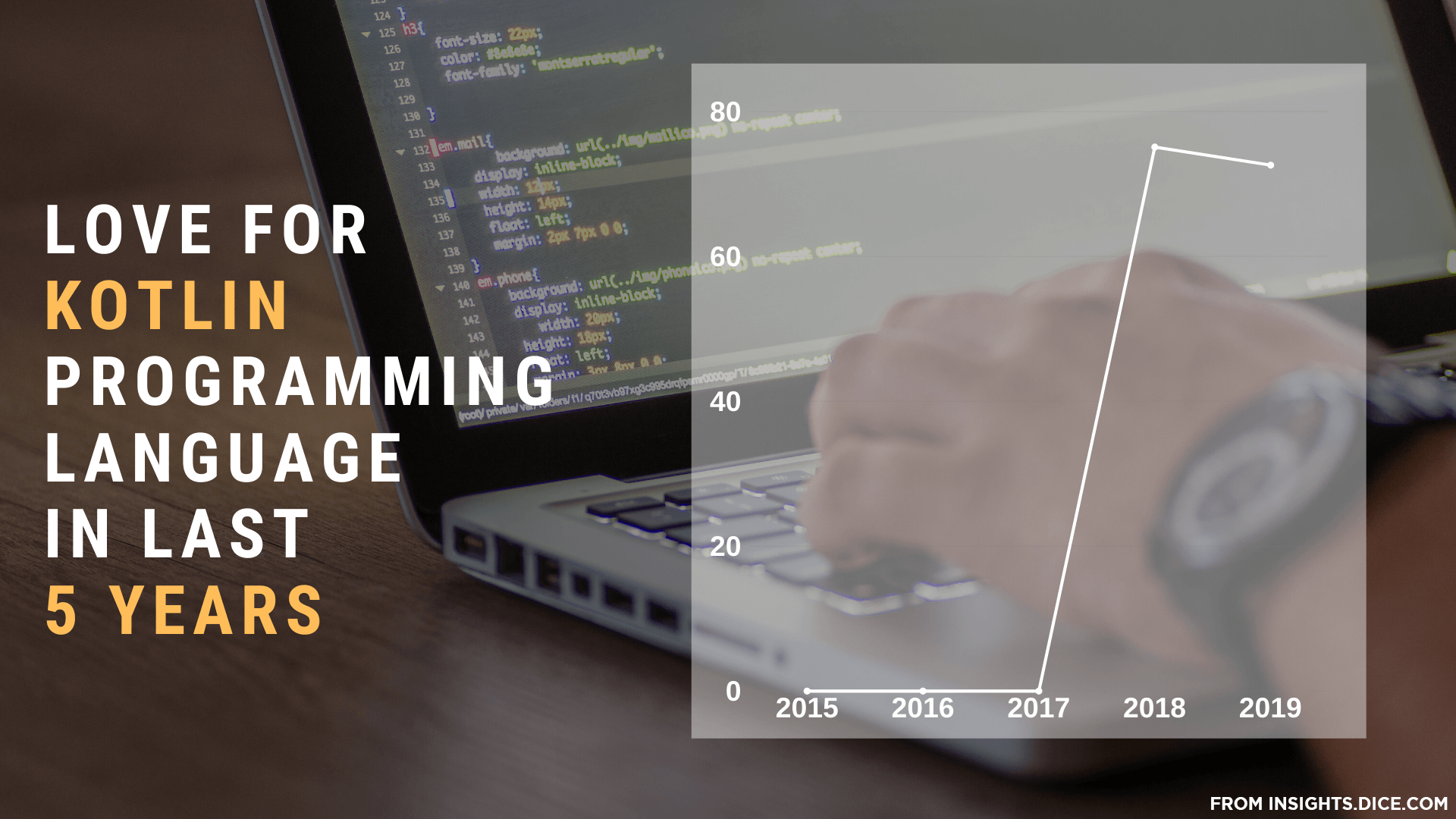 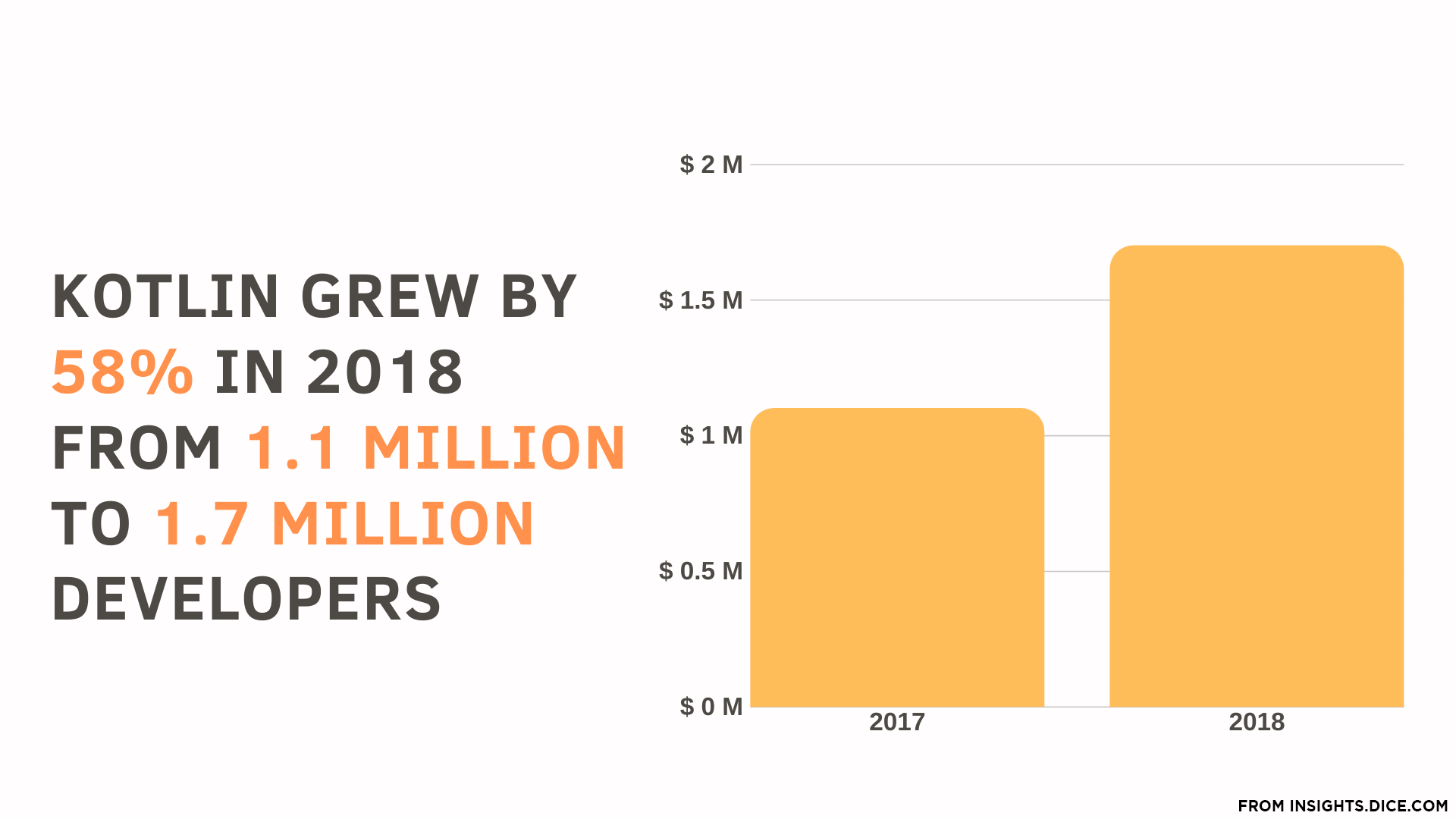 Besides, Kotlin is 96% used for new projects, and only 38% use it for pre-existing projects. More than a third of developers are migrating their existing projects to Kotlin. 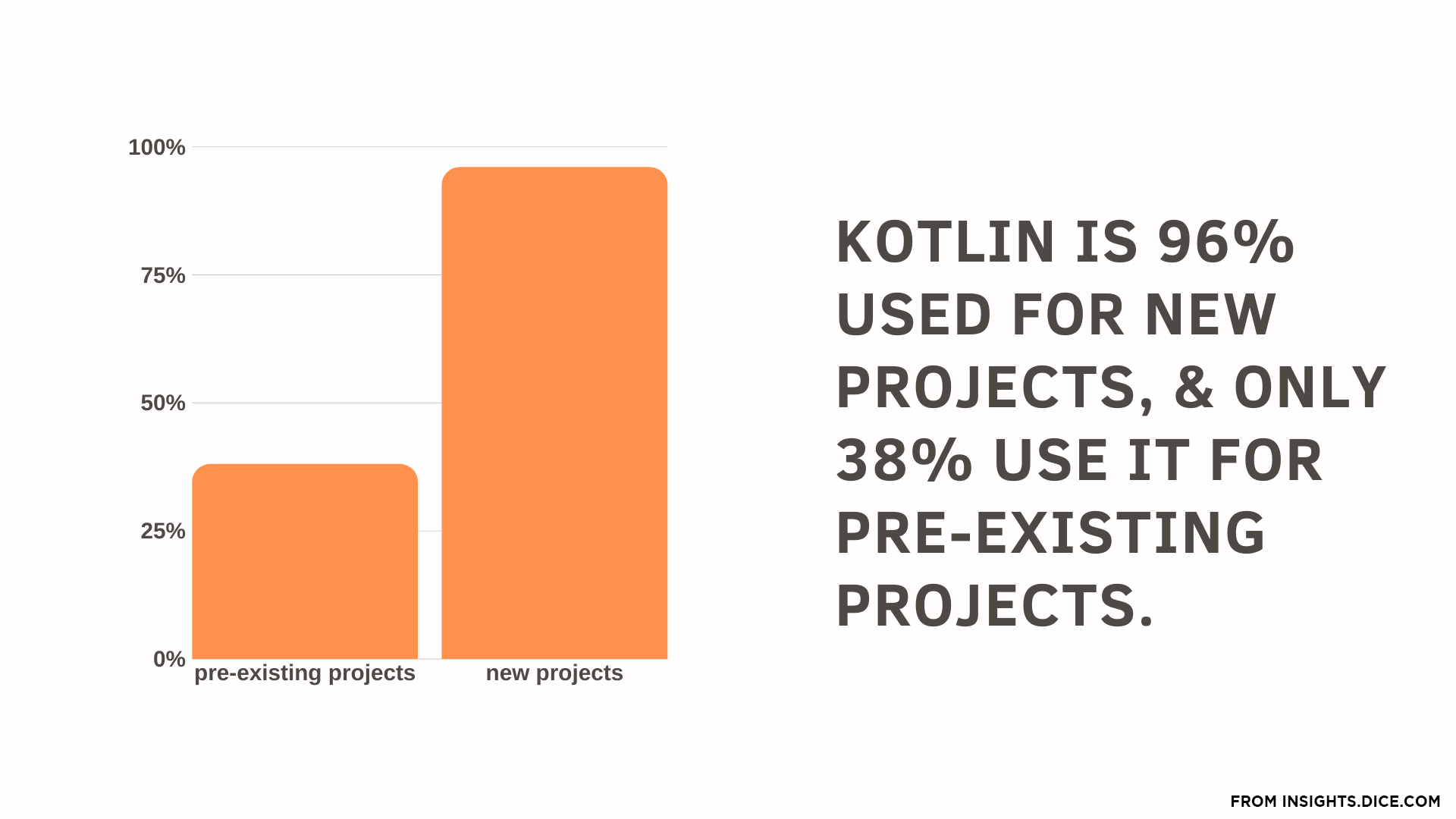 Swift is now considered as the next generation iOS language. It was introduced by Apple in 2014 and was available for mobile app development in 2015.

This language is outpacing Objective-C because it offers a more concise and clearer code. Currently, Swift usage is 2.1 million developers globally. Swift is considered as an easier, simpler, and more compact language for iOS app development. It’s really easy for Objective-C developers to move over Swift. 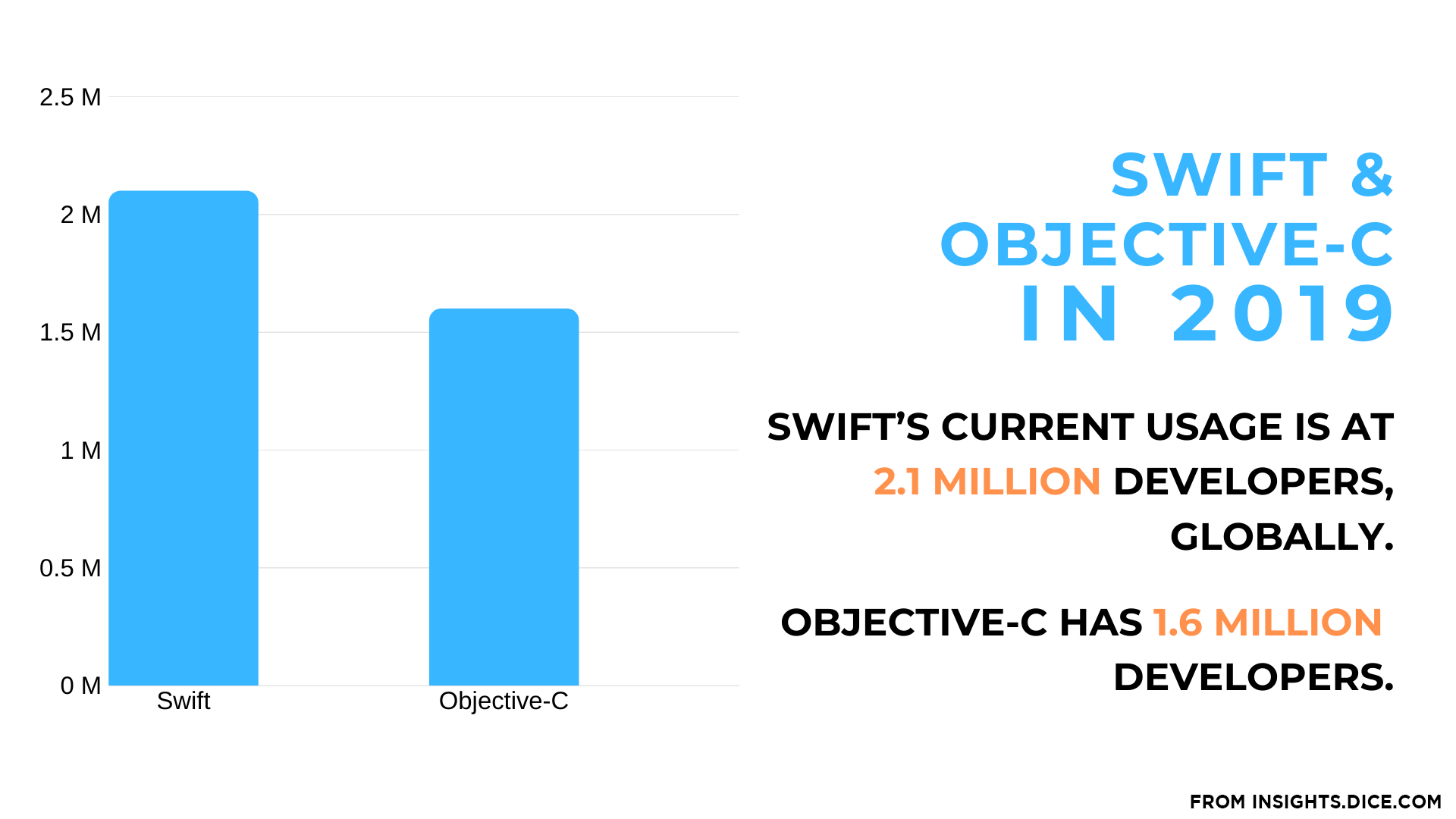 In Swift, you require fewer lines of code than to complete the same task in Objective-C. Swift’s memory management system enables developers to focus on the logic rather than bothering about the memory of each object.

If someone is looking for an iOS-specific development platform, then turn to Swift because Apple is going to continue with it. So it’s going to be a must-know programming language for iOS developers.

React Native is famous for crafting a cross-platform mobile app. This platform uses ReactJS and Javascript. React Native is a javascript framework built upon the React library. Facebook created both of these.

React Native enables developers to deliver iOS and Android apps with the same code base. It uses native components of Android and iOS internally.

A lot of entrepreneurs are using React Native for their business to make world-class applications. It’s used by Facebook, Instagram, Bloomberg, Pinterest, Skype, Uber, Tesla, Walmart, Vogue, Wix, and many others. 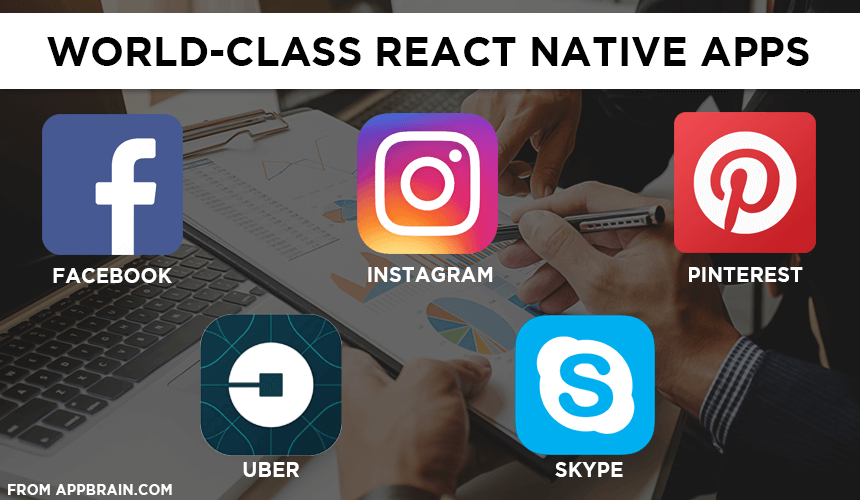 According to Stackoverflow, 66.7% of developers use Javascript in their work. This indicated that React native is going to stay with us in 2020 as one of the most preferred cross-platform app development languages.

Flutter is a free and open-source platform based on Dart language that enables continuous cross-platform app development. The tech giant Google supports Flutter. It uses Dart, a simple and responsive, Object-Oriented Programming Language, which is easy to learn. 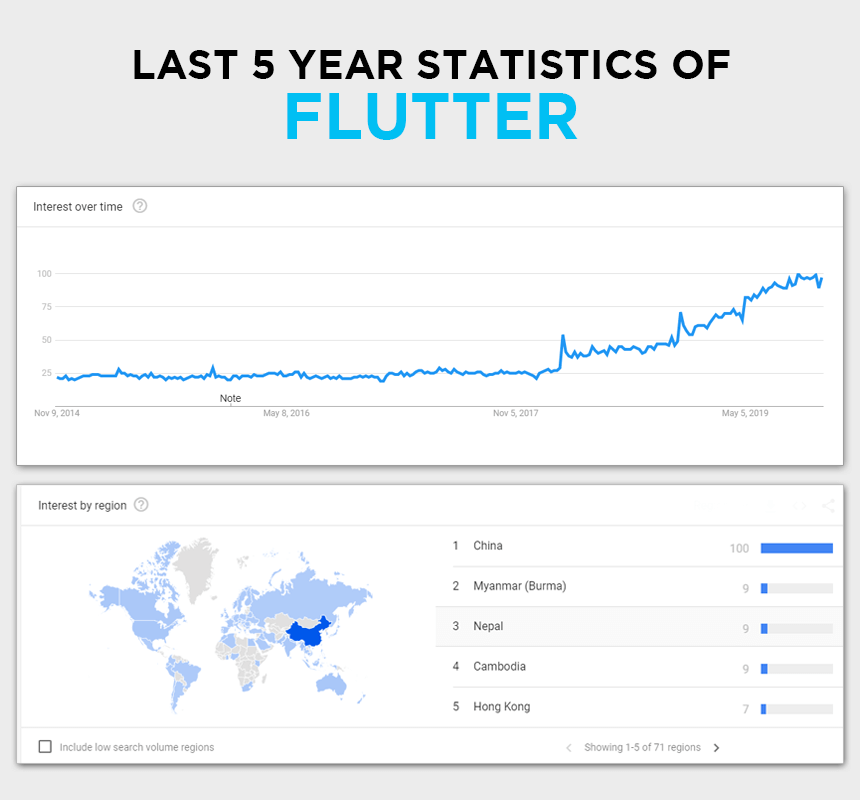 Flutter is the only framework that provides reactive styles without using any Javascript bridge. This framework is considered best for developing high-quality native interfaces for iOS and Android app in minimal time.

Flutter is amongst the top preference of the best mobile app development companies in India and developers around the world.

Microsoft acquired Xamarin, and since then, it is an open-source framework. It’s a cross-platform framework that enables developers to program in C# language. It’s a versatile platform that is used by over 1.6 million developers from around the globe. 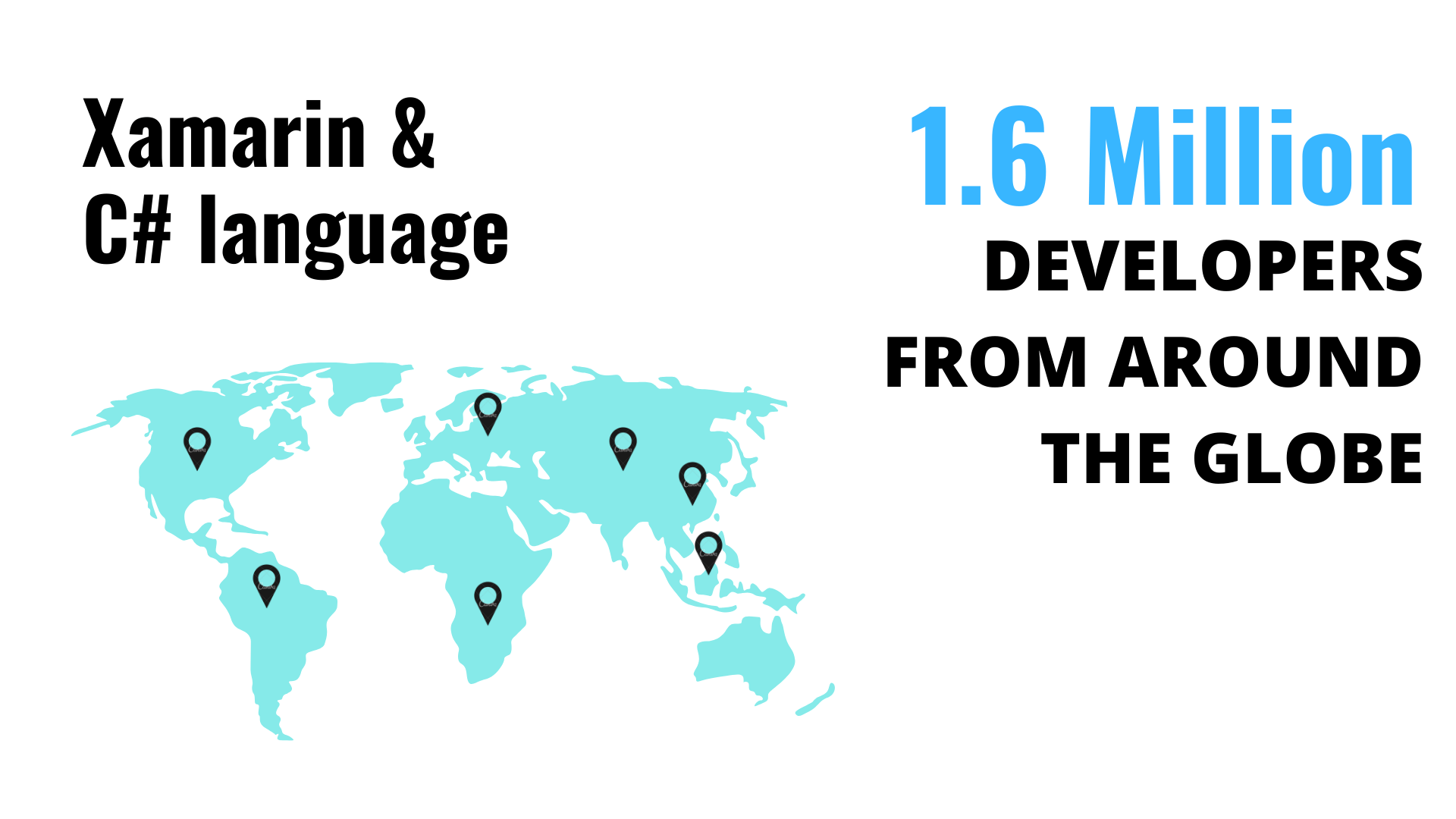 For writing C# and Xamarin code, Visual Studio is used as an IDE, the code written in this framework is cross-compiled and runs as native on both iOS and Android platforms. 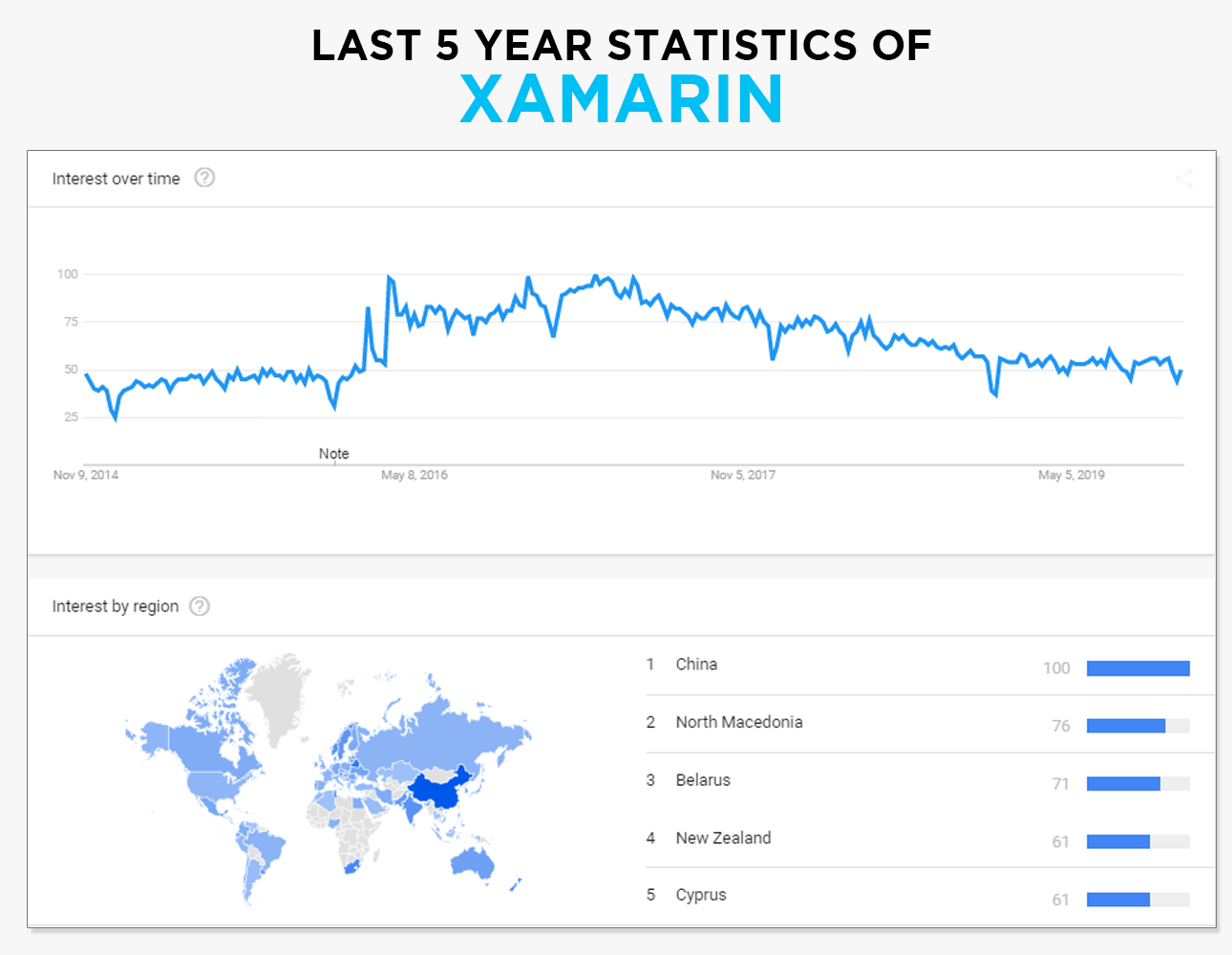 Xamarin’s performance is excellent in comparison to native mobile applications. This makes it a go-to option for many developers for the development of a high-performance app with the native look and feel.

In conclusion, it is easy to predict a language or framework trend, but picking one for your app development can be a tedious job, which entirely depends on your requirements and future plans.

Every framework and language takes you on a different ride. But you need to choose the development approach based on the team skills and your app requirements. However, we would suggest you to hire dedicated developers to get what you want in a precise way.

Don’t forget to tell us your reviews about the best programming language that you want to see on the board.

Nirav Upadhyay stands at the forefront of the fastest moving technology industry trends. He’s spent the past five years evangelizing the revolutionary technologies in a reputed mobile and web app development company. A calculated risk-taker with deep tech industry knowledge, Nirav has championed all the technologies and platforms that can drive an eCommerce store. Nirav has built a reputation for developing business strategies, incubating new business models, and building out channel programs. 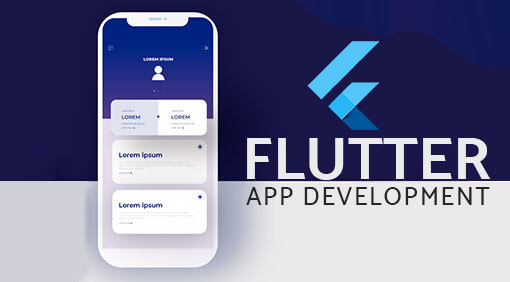 How Much Does Flutter App Development Cost in 2020?

It sounds so good, and soothing when you learn that your app has garnered more... Read More 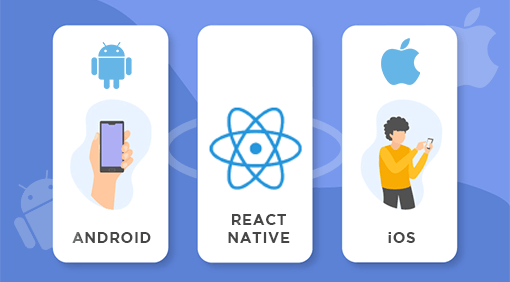 How Much Does It Cost To Build React Native App in 2020?

Look around and you can see the tremendous space of technologies, which is ever-evolving and... Read More

Top
Our customer support team is here to answer your questions. Ask us anything!

Sales Head
Sales Team
Available
Hi, how can I help?