2021 is arriving soon… We all are eager to welcome the new year with great pomp and show after 2020, which has paused each field due to the pandemic. Well, do not let that year spoil the upcoming year. Think of creative ways by which you can make the most of 2021.

Every industry from hardware to software, from production to packaging might be planning and working actively to get desired results in the forthcoming year. Of course, it is the right time to plan for 2021.

If we talk about Android app development, then it is crystal clear that Android apps will surely gonna rise in the next year. But, don’t you think that android developers should also move one further in the coming year?

A new year means new resolutions! Each Android app development company must find new ways to reduce app development time. To accomplish this, you can rely on some of the best Android libraries. These libraries are written in programming languages that have a well-defined interface.

Such kinds of libraries offer pre-written codes and many other elements to use instantly for the quick and easy app development process. So, before creating any Android apps, you must have a look at the various categories of android libraries listed below. 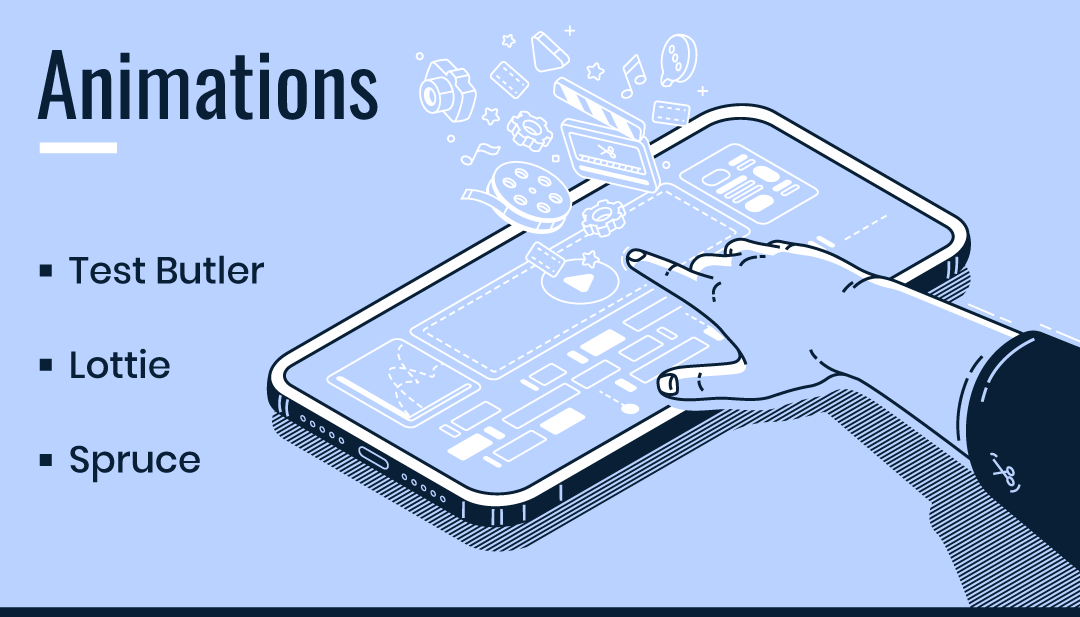 This is an Android library that helps in preventing test failures that are caused due to emulator issues; thereby, stabilizing the Android emulator. This further aids in disabling animations, crash & ANR dialogs, system spell checker, etc. The Test Butler library is like a thin wrapper wrapped around an AIDL interface to provide a safe way for your tests to communicate with the Test Butler app’s service.

If you want to choreograph animations on the screen, then Spruce is one of the best android libraries in 2021. It is the lightweight animation library that can assist designers to request complex multi-view animations and not have the developers cringe at the prototype. Spruce animation library consists of different animator options within default animations which are extremely useful while calling an animation.

Lottie is a mobile library for Android as well as iOS. This library reads Adobe After Effects animations with Bodymovin and makes them mobile-friendly. Designers can make use of this library to create stunning animations without any need for engineers. What does this library support currently? It supports solids, shape layers, trim paths, masks, alpha mattes, and dash patterns. 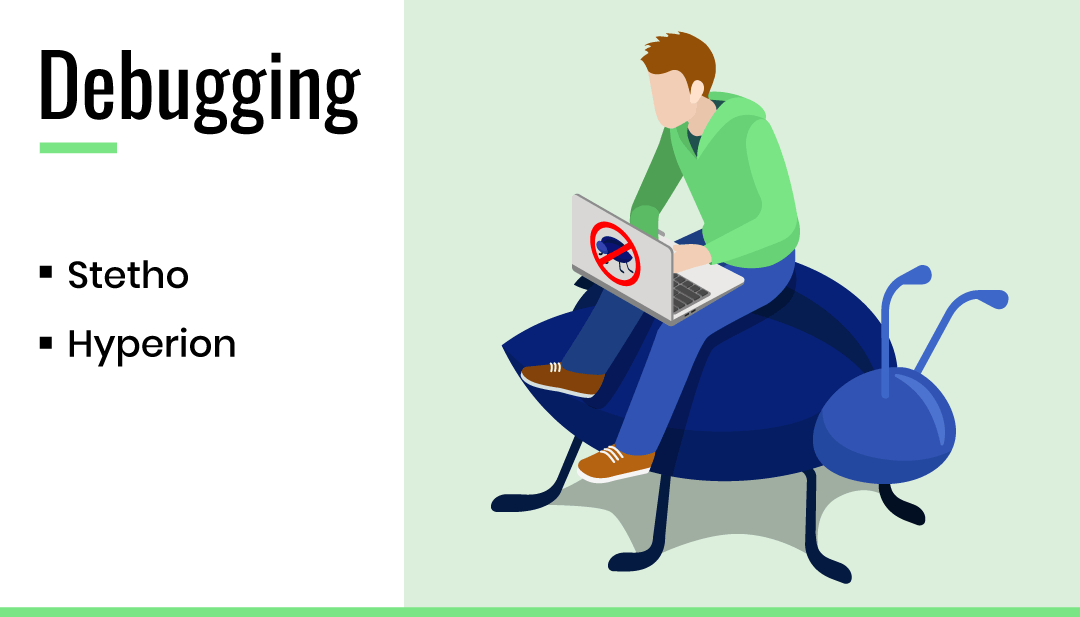 It is widely recognized as a sophisticated debug tool for Android. Not only network inspection, database inspection, javascript console, but it is also immensely useful for developers. Developers can use this library to get access to various features of Chrome developer tools.

This is basically an app inspection tool to make the inspection of your app super quick and easy. Hyperion is a hidden plugin drawer that can be integrated into any app. Once integrated, just shake your phone and it will be activated. Some of the plugins associated with this Android library are Hyperion-Attr, Hyperion-Build-Config, Hyperion-Crash, Hyperion-Disk, Hyperion-Geiger-Counter, Hyperion-Measurement, Hyperion-Phoenix, etc. 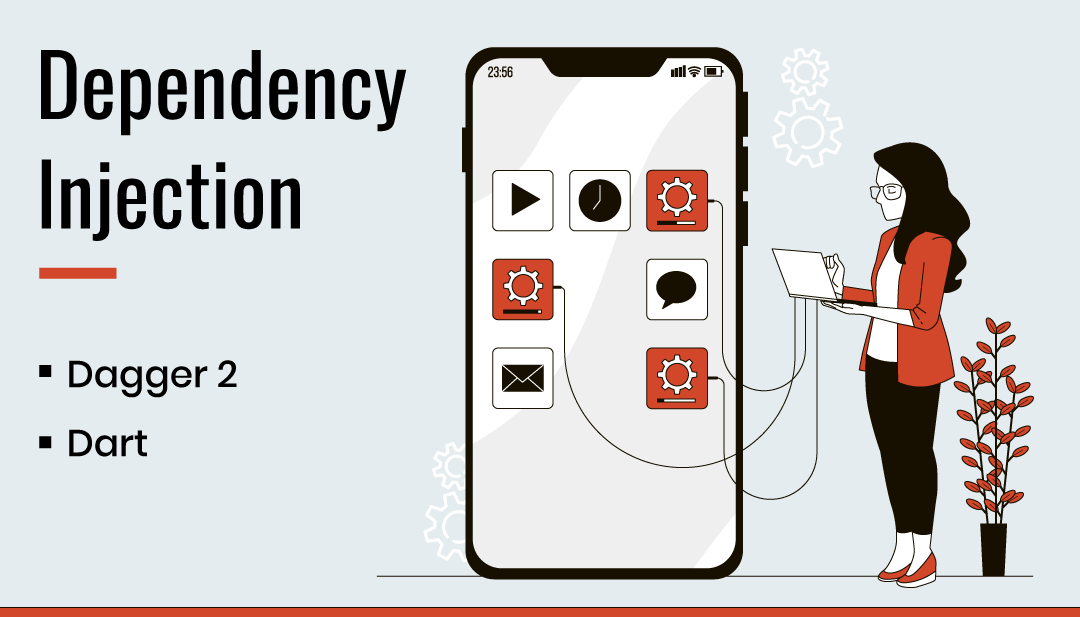 Any Android app development company is not new to Dagger. This dependency injector library has managed to set itself apart from all other Android libraries. The current version of Dagger is Dagger 2, which is far more functional than the previous version. Dagger 2 is highly useful at the time of building larger applications as it creates a dependency injection graph in compile-time via annotation processors.

This library is basically made up of 2 components- Dart and Henson. This Android Library structures the navigation layer of apps and creates intent & consumes them in a structured way. Both of these components use navigation models that describe the parameters of target activity. If you want to organize your navigation layer by making it error-free and easier to maintain, then this dependency injector library is the best to opt for. 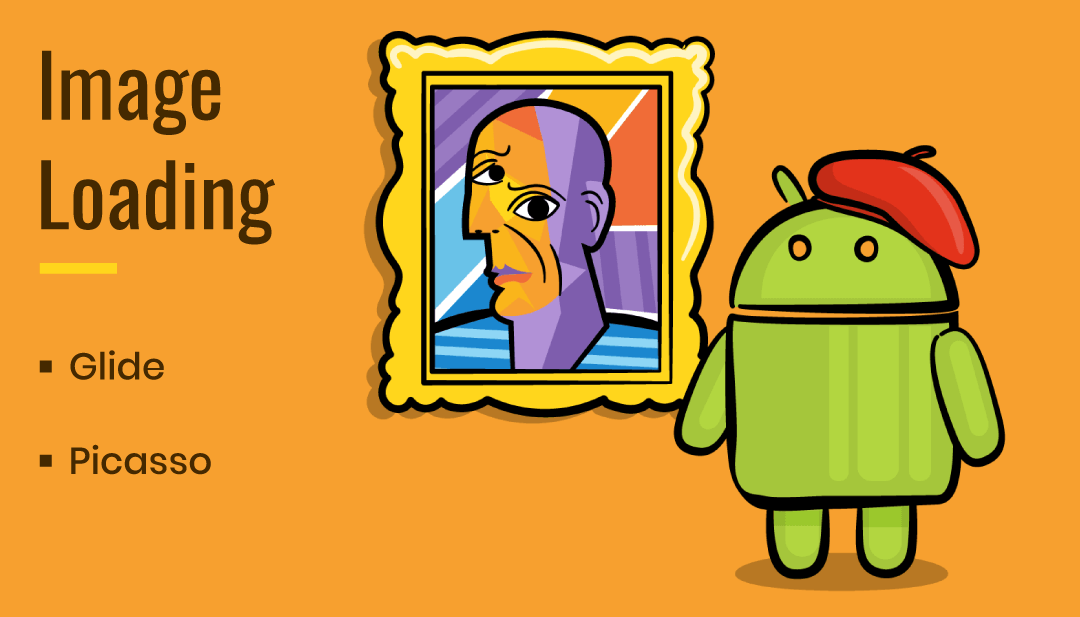 Glide is the most useful image loading library for developers. If you are fed up with the Android image loading, resizing them, and handling API, then Glide is the only solution for you. It helps in transforming the image the way you want without any hurdle.

In addition to this, Glide also offers animated GIF support and even assists in displaying images, decoding, video calls, fetching, and GIFs.

This is the widely used Android image library as it accompanies hassle-free image loading. Picasso is also eligible to automatically detect adapter re-use and the previously canceled download. Moreover, it can transform any image to make it a perfect fit into layouts by reducing memory size. 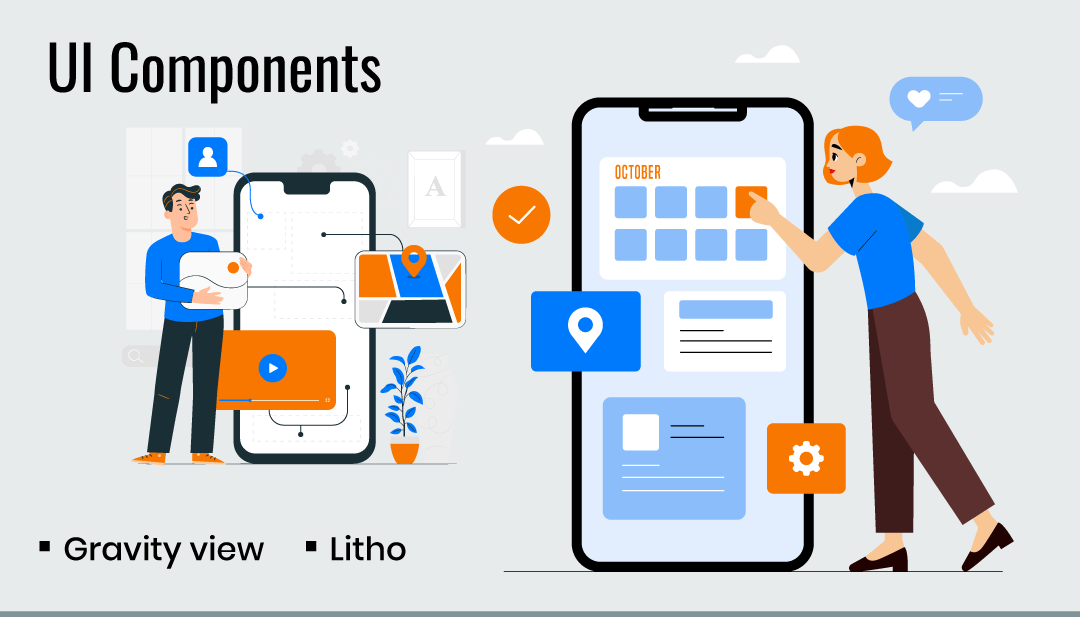 We all know that the User Interface is the most important aspect of Android app development. To assist this domain, Gravity view has emerged as the best friend of UI. This library tilts the images using sensors and thereby, allows users to perform various actions by rotating their devices.

It is recognized as one of the best Android libraries for UI in 2021. You can even use this library for non-gyroscope devices with the help of the Accelerometer sensor.

What exactly Litho is? It is a declarative framework used for building efficient UIs on Android. Just describe the layout for your UI and Litho will perform the tasks automatically without blocking the UI thread.

Fine-grained recycling is also possible with this library – any text or image can be recycled and reused anywhere in the UI. Without any doubt, Litho is one of the best Android UI libraries in 2021. 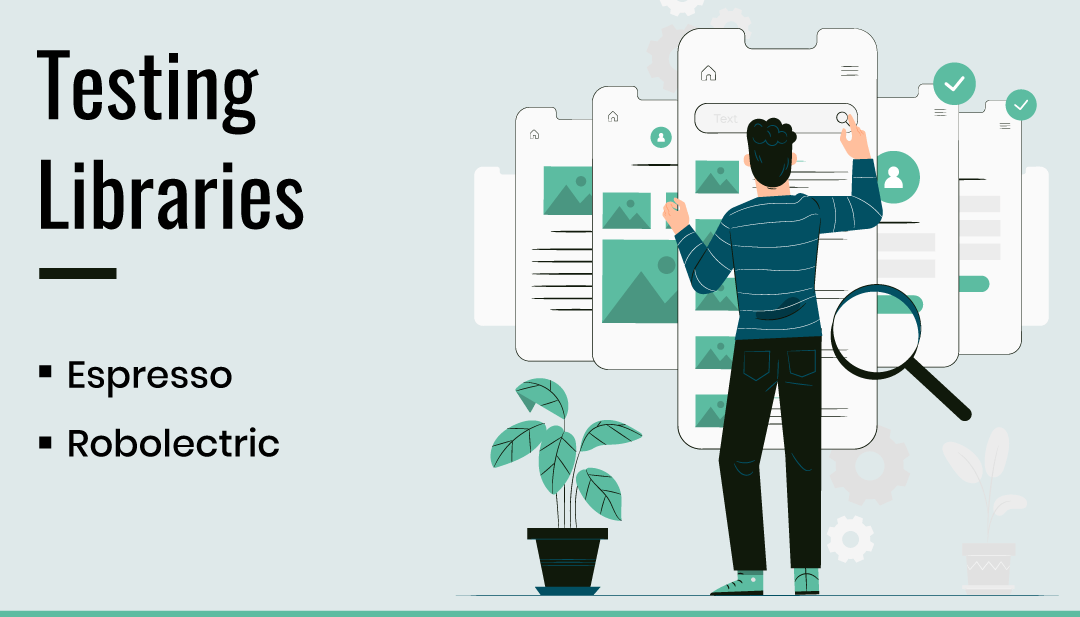 This testing library enables developers to build user interface tests for Android applications. With this, you can check whether the text of a TextView is similar to another text or not. To use this library, you need to add dependencies to the app module build.gradle file and can set the instrumentation runner and sync the Gradle files.

This is another remarkable testing library. It handles inflation of resource loading and makes the tests more effective in performing functions. In other words, Robolectric simulates the Android SDK for the tests and eliminates the need for additional mocking frameworks like Mockito.

2021 is the year to try new and best libraries for android app development. Above listed Android libraries will not help you in various ways, but these can also save a lot of time while developing any Android app from scratch.

Further, if you have any queries related to the Android library, then feel free to contact Auxano Global Services. We have a highly skilled team of developers with the right set of tools and libraries. Hire android developers from our esteemed company and see the progress of your application. 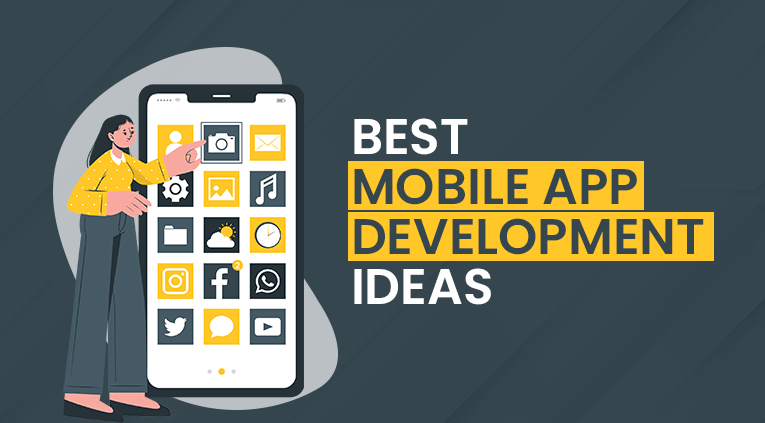 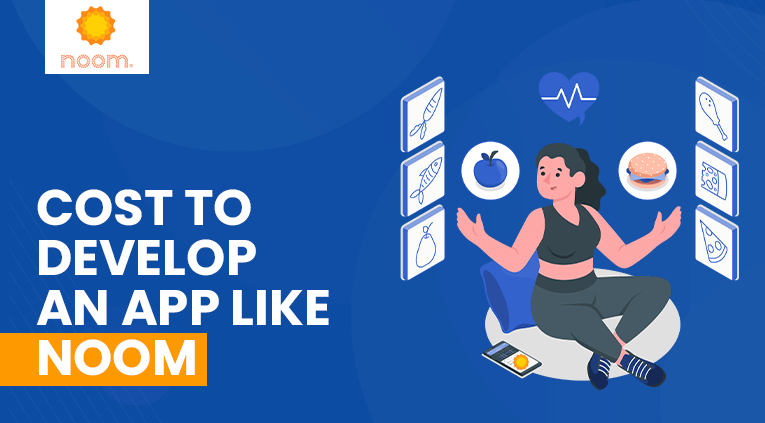 How Much Does It Cost To Develop An App Like Noom?

With time people are ... Read More