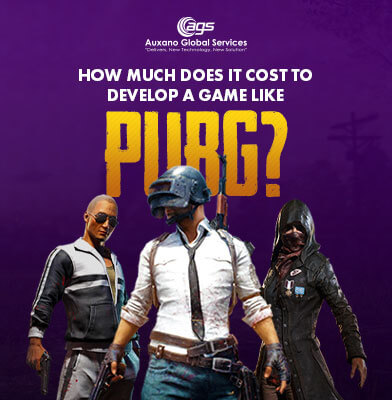 Do you know there are 227 million monthly players and 87 million daily players of PUBG? PUBG Corp. reported operating revenue of $920M and $310M in operating profit for the year 2019. Isn’t it huge? Do you want to know what the reason behind the success is? Why battle royale games like PUBG have millions of players? The reason is that they are exciting and nerve-wracking.

Hundreds of player characters spawn simultaneously in random places, Where they battle it out to death as the game map gradually shrinks in size, and at the end, the number of players whittled down to a single player, who becomes the winner.

This game has earned gained momentum at its early stage only. By the stats and facts, it’s sure to say that the game development industry has a billion-dollar opportunity. Are you planning to enter this vast industry?

Auxano Global Services can become your technology partner to help you jump into this game industry by developing a robust game like PUBG.

Read more to find out about everything that you need to know about PUBG, and it’s app development cost.