What’s the role of security testing in software development?

The threat of security breaches is increasing every day. The never-ending influx of new threats and vulnerabilities has made security testing a necessary step in the software development process.

Applications with security vulnerabilities can expose sensitive information, create bottlenecks for business, and even bring down an entire system. And when organizations invest in software development, they want to ensure that their applications are secure from the ground up. As a software development company, we know how critical is security in this digital world.

It encompasses various tests that ensure data’s viability, integrity, and confidentiality from unintentional or malicious actions. Some security tests include vulnerability assessments such as penetration testing and fuzzing. These often take advantage of vulnerabilities in software that other developers may not have caught during the initial development stage. Let’s dive into the topic right away.

What is security testing?

Security testing is “the process of testing a system to determine if it satisfies certain security requirements.”

Security Testing is a high-level process aimed at achieving authorization of information and information systems and protecting them from unauthorized access, change, or destruction. Security testing aims to ensure privileges are authorized to all users. Undesirable third parties do not compromise the information and systems’ integrity, confidentiality, and availability. Security testing seeks to find potential weaknesses, vulnerabilities, bugs, and loopholes in a program or design to repair.

This process is performed by software testers who often work with a team of developers, security experts, and project managers.

Different types of security testing seek to find vulnerabilities in a system before an attack occurs.

A penetration test, also known as a pen test, is a form of security testing in which the tester attempts to gain access to an information system by emulating an attack from outside the organization. A penetration test can be manual or automated and conducted in a real or simulated environment.

Since a penetration test can be performed on any system, it is considered a black box test because it does not require knowledge of the application software or logic structure. The tester is attempting to gain unauthorized access to the software by finding bugs and loopholes.

Security testing is an integral part of the software development process. It helps identify software flaws and improve the existing applications before deployment.

Dynamic Application Security Testing (DAST) provides security testing as an automated layer in the SDLC that ensures continuous testing of an application at every stage. DAST plays a crucial role in ensuring security throughout the SDLC. This approach is also referred to as “online application security testing”.

The fundamental purpose of security testing is to uncover problems before software goes into production. While this should be the ultimate goal, it can be challenging to achieve due to a lack of resources, time, and sometimes even expertise.

Interactive Application Security Testing (IAST), also known as on-demand application security testing, gives testers more time to focus on their targets because they are running straight from the source code and not from a test script. With this approach, the tester can run tests against the application as often as necessary with no time constraints.

The benefit of running from source code instead of from a test script is that it provides the tester with quick access to changes that have been made in the meantime and results in more accurate testing.

Security testing should be done early on in development. If it is not, changes to the application will require more time and effort to test, which can delay the launch of the software.

In addition to capturing a complete set of data – including all the data access objects (DAS) and all security operations – security testing also provides a risk assessment for each application.

For example, for Online applications, application-specific malware attacks may mean that no matter how secure an application is from a technical standpoint, it may not be protected from attacks from broad-based malicious code or viruses that spread through people’s email inboxes. Qualitative scoring for database access control mechanisms has been suggested as an alternative approach to providing risk ratings for DASs.

Security testing is an integral part of the software development process. It helps identify software flaws and improve the existing applications before deployment. But numerous vulnerability scans, penetration tests, and code audits can be time-consuming after development is complete.

Also read:- Software Development Process: Everything You Need to Know

The static analysis tool examines source code to ensure the absence of security errors, such as SQL injection attacks. It can detect these errors in the source code before any execution.

The “rules” are contained in a “rule-set.” A rule-set defines what constitutes an error or bug, and each rule has its own “signature,” so a compiler knows how to recognize and react when it encounters an error or bug.

The security tools are built into the software development cycle, thus acting as an extension of the coding phase to verify that everything is “secure” before deployment.

Static tests can be done at any point in the SDLC.

It is possible to run static tests on a build-out of the application to ensure that it works as expected in a production environment and that no new vulnerabilities have been found. This can help identify defective builds when time is short for deployment, and security testing is still required for actual delivery. Static test results are generated by executing a set of rules against the source code, executing regular and dynamic tests as a function of each rule, and generating output and metrics according to a predefined quality measurement framework.

The process of security testing is usually not straightforward. A project may have a mix of management and technical considerations, which have implications for the security testing process. The quality objectives should make clear the expected result. Defining what the project is trying to achieve for the user in terms of aims and objectives will help focus on meeting those aims and accomplishing those objectives. A risk assessment should include checking that practices, procedures, facilities, and functions are in place to support this.

Risk assessment is usually carried out at the end of a project or at regular intervals throughout a project. A risk assessment can be performed by an independent third party or by members of the development team themselves. We at Auxano Global Services have a trained software development team that assesses the risks and ensure that we are aware of the threats that may be faced in the future.

The security testing process can be difficult as it requires specialized skills, equipment, and complex or proprietary software knowledge. Security testing is usually needed for each phase in development. If it is not carried out at the beginning of a project, it will likely be required when functionality is added later on. For example, security testing for a payroll application would probably be necessary no matter what other functionality was added to the system later. 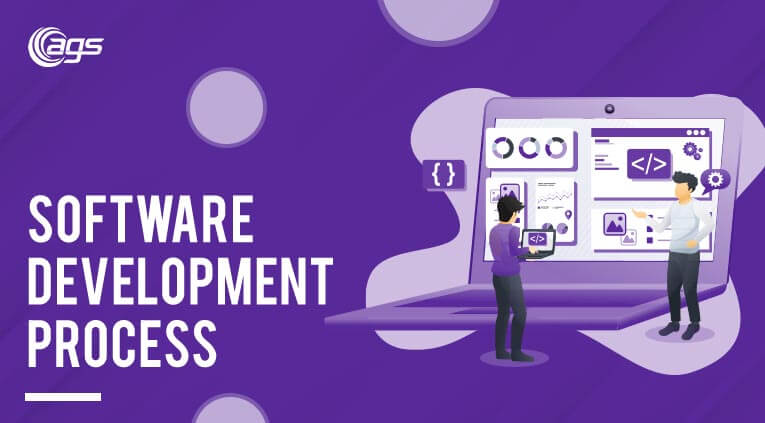 Software Development Process: Everything You Need to Know [2023]

Developing software is not a two-step...