The majority of the people new to NFTs find it confusing and difficult to set up even the simplest game. Even for those that are experienced in blockchain, things go awry when trying to implement their ideas and creations into their games.

This blog post will explain in detail Why choose Unreal Engine to Develop NFT-Based “Play-to-Earn” games. You’ll get a general overview of what an NFT is, why you would want one, and will be able to learn how easy it can be with Unreal Engine 5 + NFT integration with the help of the right game development.

The basic idea behind these games is that game developers will design a game that has in-game items with an NFT. These items will be for sale and their creators (players) will receive royalties from the sale of the item in their game.

In the real world, players wouldn’t know if the item you sold them was fake or real and they would be forced to buy it blindly – unless they have established trust with you, but this doesn’t apply to players on the blockchain. You can create a secondary market that only accepts certain NFTs so there’s no risk of fraud or abuse.

The most important thing to consider for anyone looking to implement these in their game is that NFT is trustless. This means that – unlike traditional currencies – there’s no risk of fraud or abuse. Because the ownership of the NFT resides on the blockchain, there’s essentially zero risk that you’ll lose your deposit if someone else has control over it. As mentioned in a previous blog post, this also means all revenue received from sales will be sent to you and not the other party (NFT creator).

The Game Industry is changing with NFT

The following blog post is intended to inform the reader of the potential implications of implementing NFTs into your game and why they should be considered.

Game developers often find themselves stuck between a rock and a hard place, as they’re unsure of how to implement their ideas and creations into their games. This is due to the fact that blockchain is still being integrated into most major game engines such as Unreal Engine and Unity (some are still “waiting” for engine integration).

Projects such as this not only open up possibilities for game developers but also themselves, allowing them to sell their assets on the secondary market (I’ll cover this within this blog post). Providing proof of concept and a small introduction on how to begin accepting NFTs into your game via Unreal Engine 5.

Why Unreal Engine is the perfect platform to develop NFT-based ‘play-to-earn’ games?

Unreal Engine 5 has integrated asset/plugin management which allows for easy integration of NFT-based assets into your game.

Unreal Engine games are built on the philosophy of creating repeatable content. This means developers can offer this in-game item and players that are interested can buy it. Future games with the same assets can then inherit this item and its associated properties (BP/HP, damage, etc..) from the previous/first game. By building on this, developers can create a storyline or community (eg. The RPG fantasy factions map).

You can think of in-game items as anything you’ll find in an RPG game like swords, armors, potions, and spells. the main difference is the in-game character will be the “real world” bearer of these items.

One of the most important things to consider is how the concept will work with your currency (gold, cash, crypto, etc…), which we’ll go into more detail about later.

The convergence of gaming technology with the crypto Metaverse isn’t just a fleeting trend – it’s a seismic shift towards a new era of autonomous gameplay. I’ll be guiding you through the basics of the mechanics and features of Unreal Engine 5 + NFT Integration.

A New Era of In-Game Economy

Self-executing smart contracts and digital assets created by developers make for a more compelling and immersive experience for gamers. In NFT-based systems, users have full control over their in-game assets. This means in the case of virtual assets being lost, damaged, or destroyed – they’ll never truly be erased (unless the owner of the asset wishes so). This is a powerful concept that enables a new dimension to in-game economics.

This will allow players to barter or trade their in-game assets on secondary markets after they’ve completed their game. Also, the fact that it all happens within the blockchain (hence the term Metaverse) means that the characters and items created in this system will be fully transactable within other games and in real life.

For example, let’s say a player completes a game with a rare sword, they can sell that item on a secondary market to recoup some of their investment. If they’re then inspired to create a new game and want to use this same asset – they’ll be able to do so. They’ll also be able to use the same asset in their newly-launched game but with different properties (Lvl/HP etc.) due to its new ownership.

In-game assets or Crypto Items, allow users to invest in games that have virtual currencies but also allow players to use their in-game assets on the blockchain.

For example, an initial game might offer a sword that can be used to defeat bosses and collect items (that’s the first game). Later on, another game might allow users to sell this same sword for real currency to purchase new swords, armor, potions, and other items for their own game. This will create sustainable economies that are built on the trustless principles of blockchain technology.

Using an NFT in your game requires the asset to be traded on a secondary market, where the items and their properties can be owned by the gamer, not you.

There are two main ways of setting up this market:

1. Some open-source libraries and plugins allow for direct asset integration. Each item will form part of a list and items can either be bought/linked or listed on sale/sale-a-off. The list or listing can contain multiple NFTs known as a “coin”.

2. The second approach is to use gaming NFTs buy & sell marketplace like gameflip. These marketplaces will allow users to sell and buy the item in your game for cryptocurrency or tokens.

In both cases, the specifics of how the NFTs are used in your game will be up to you. These items will then form part of a coin that players can earn and use/sell on a secondary platform. This approach allows for branding, and marketing and also opens up new business opportunities.

Once you have an asset ready to use it just needs to be published on the marketplace with its links that should be ‘inserted’ into your game menu/store/shop (the menu where your items can be purchased).

Why use Unreal Engine for NFT-Based game development?

The unreal engine offers various reasons why it is ideal for NFT game development and the marketplace. Let’s take a look at some of them: Once you’ve created your “item” in the engine its properties can be customized to your heart’s content. You can also add these items to your game using Unreal native plugins. Powerful features like this allow for maximum creative freedom for game developers.

UE is cross-platform and has mobile versions that work with iOS and Android games respectively. This means that NFTs-enabled games can easily be ported onto mobile devices too. (iPhone, iPad, etc..).

It’s easy to get started with NFTs in Unreal Engine 5 as all you need is a few assets and assets management tools. If you don’t have an extensive background in game design/development, you can use what’s already there and build on that.

4. Can be used by all developers

Since the marketplace is a secondary marketplace, it means anyone can use it to earn real-world money using their skills to develop their items and games.

Unreal Engine Game Developers can create in-game items without going through the complex process of creating a new blockchain app from scratch – something that will take months/years of development time. This option allows for quick deployment that doesn’t just open up NFTs in gaming but also allows for crypto token integration into mobile games.

With the highly optimized nature of the engine, it can be used to create massive projects with thousands of developers and gamers. This means you can easily scale up your project if it gains mainstream appeal.

With the easy-to-use Material Editor, the UI is designed to be simple and intuitive so that even non-tech savvy developers can be up and running in no time.

The engine has powerful tools that allow for high-quality graphics that run smoothly on different platforms.

From Blockchain and wallet integration to advanced data integration, the UE5 is one of the advanced gaming engine on the market. It’s easy to integrate third-party services into your marketplace which means you can use it to easily integrate additional currencies (PayPal…etc) through API calls.

The engine is geared towards large-scale games which means it’s a good choice for enterprises wanting their game to be easily scalable and highly customizable at an affordable price point.

Why Game Developers Should Use Unreal Engine to Create NFT-Based “Play-to-Earn” Games?

The biggest barrier for game developers is the creation of new blockchain games, not just in terms of time/cost but also in technical expertise, in an area that’s fairly new to all.

The unreal engine offers a way for anyone to create NFT-based games without having to worry about the complexities of creating new items and games. This means that they can focus on the gaming aspect of their game, something they’re already great at.

There are tons of crypto games out there, but there aren’t that many developers who are focused on traditional gaming experiences with crypto token integration. This makes core gaming developers even more valuable because their skills crossover into this space and expands what’s possible with blockchain technology.

If you want to launch your own NFT-based game, you can get in touch with the Unreal Engine game developers of Auxano Global Services. We have a fully qualified and experienced team that has proven knowledge of creating blockchain games from scratch.

We are here to provide a great end-user experience to the gamers by providing high-quality graphics and amazing gaming functionalities for NFT-based “play-to-earn” games in the blockchain. We can give you a hand and make your project a reality immediately.

Deliver your product with high-quality and best user experience. We offer all the game functionalities and unique features for your game to ensure its success in the market. We are there with you every step of the way to ensure that your project is a successful one that will last longer than expected.

Connect with us and let us provide you a hand in making your vision come true! Our game development services are affordable, reliable, responsive, and professional. With our multiple development options, you can choose what works best for you. How Much Does Unreal Engine Game Development Cost? [2022]

Have you played Fortnite? Did you... Read More 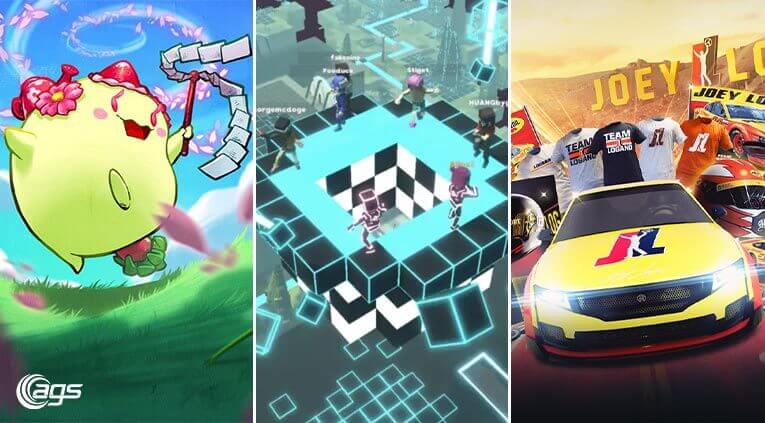