The year 2019 was boon for game applications. According to mobile gaming statistics, 50% of the global video game revenue is generated from mobile games and is one of the fastest-growing sectors in the industry.

Recently App Annie examined the future success of mobile apps and games according to the gathered data on mobile devices, apps, and games. They have made a few predictions according to the insights and analytics for the upcoming year in mobile. 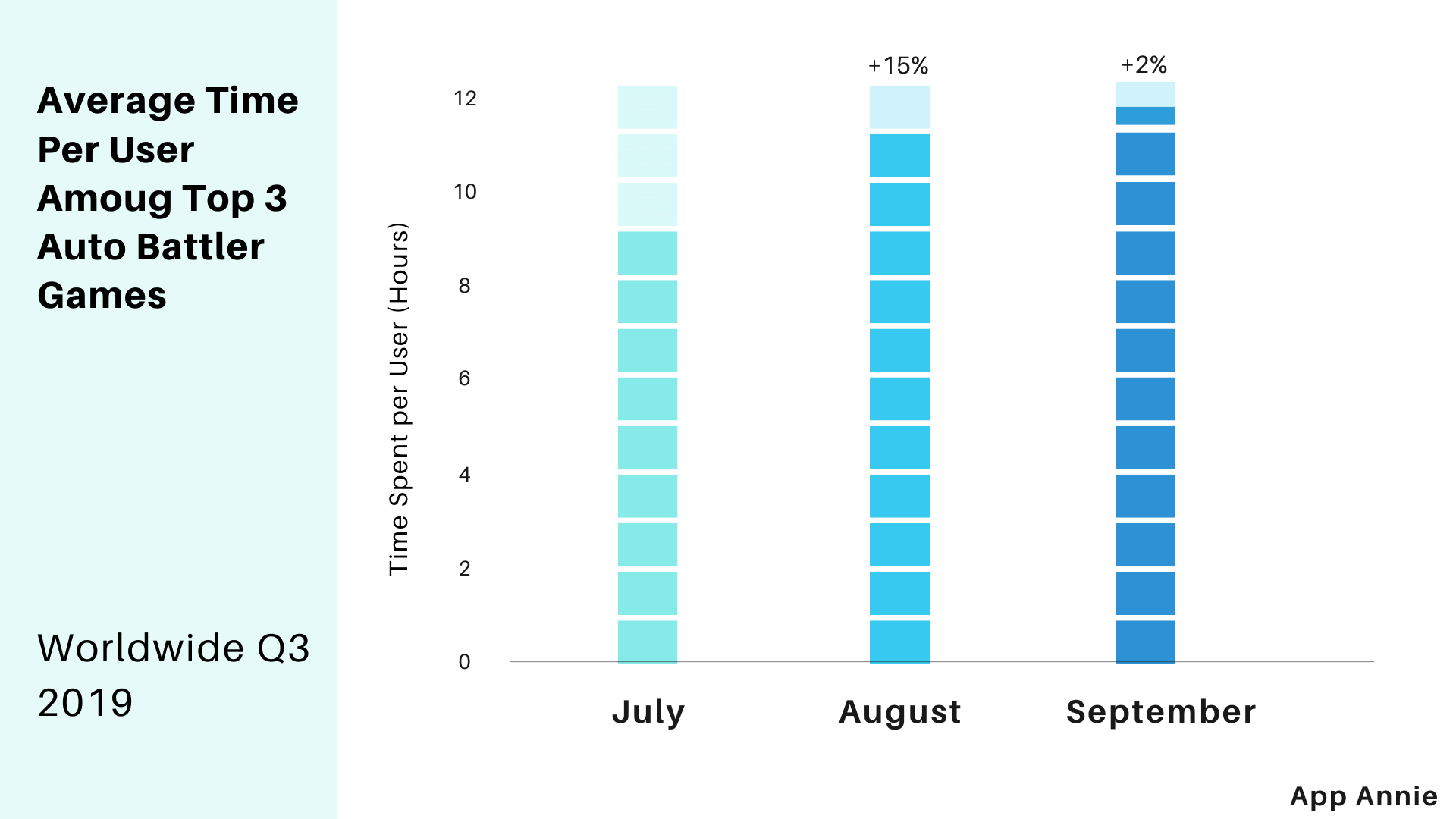 They made it clear that 2019 was indeed a landmark year for mobile, which encountered 20% YOY growth in consumer spending in the first three quarters. It includes a record-breaking $23 billion from the App Store of iOS and Google Play Store in the third quarter of 2019 as compared to $20 billion in 2018.

After comparing these years, it is perfect to state that the upcoming year 2020 will be even bigger, with global consumer spend from iOS App Store and Google Play combined hitting $105 billion in comparison to $90 billion expected for 2019. The reason behind the growth will be subscription services.

Let’s go through the five predictions given by App Annie

Video Streaming will pick up the heat

According to App Annie’s estimation, consumers will spend around 674 billion hours in streaming video player, entertainment, and editor categories globally on the Android platform. This insight is significant as compared to the expected 558 billion hours in 2019. 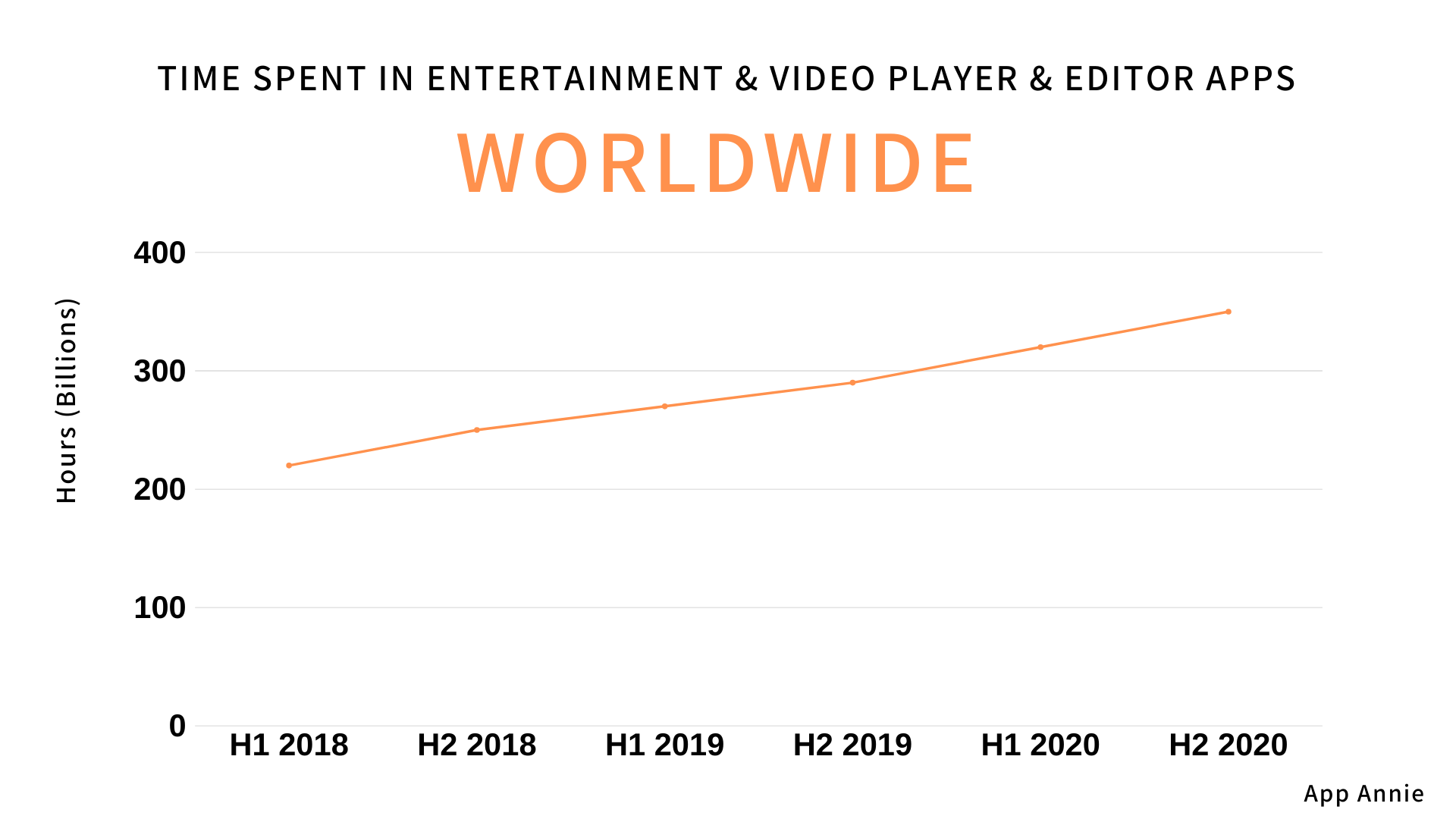 Big giants in this vertical such as Netflix and YouTube are considered as the major players where users spend their time, but new players are also trying to get themselves in this list.

In this genre, the competition also comes from social media channels, as Gen Z is spending more time in finding entertaining content. Applications like Snapchat, TikTok, and Instagram are merging social media and entertainment, which results in more competition for user’s time. 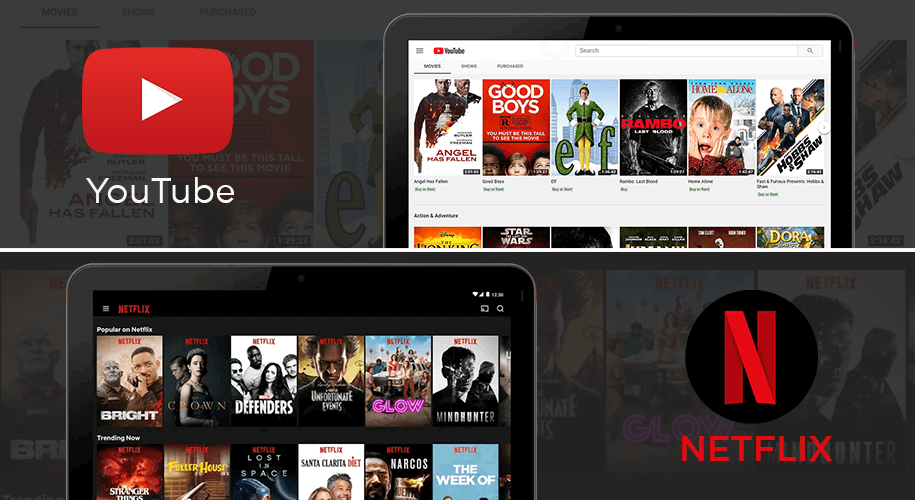 Apart from all these channels, another channel that is changing the whole paradigm is Twitch, a video game live streaming platform. It is the third most popular channel by total hours watched in the first half of 2019, and this genre focuses on streamers interacting with the audience rather than gaming. 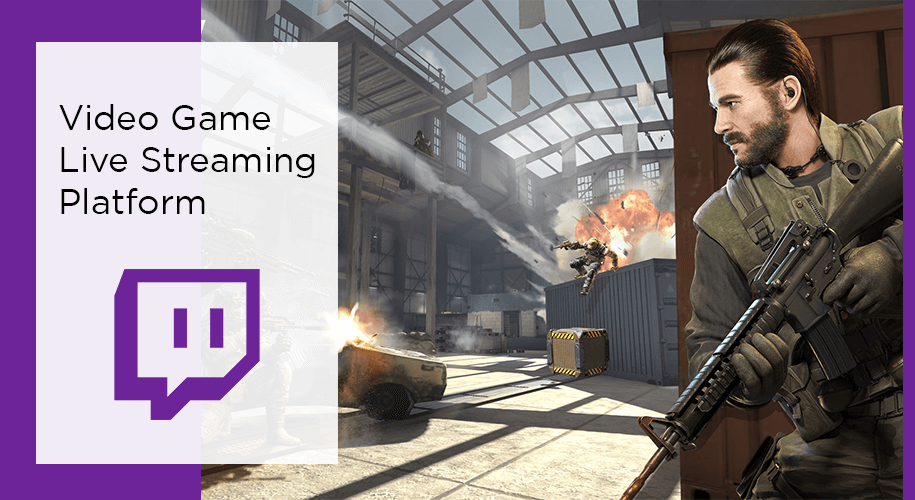 If you want to stay in this competitive space, then you need to identify which competitors are here for the long run or which firms are just getting hype because of the advertising. We, as a game app development company, will recommend you to study the market, time spent, active users to gain in-depth insights into whether your competitors’ services are grabbing and retention rates.

As per App Annie did the survey, spending on mobile now accounts for over 50% of the global game market. This study revealed that subscriptions will drive deeper engagement and will provide higher consumer lifetime value. 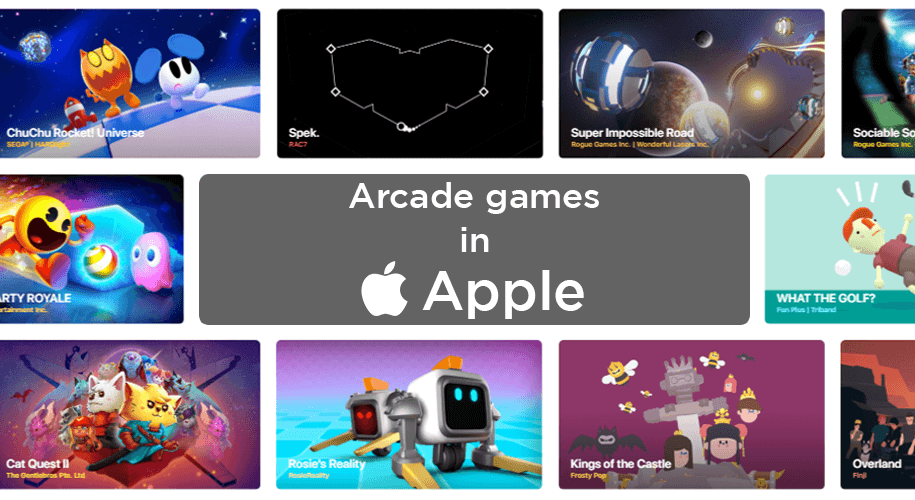 The subscription trend is picking up the fire in mobile apps in general. The study shows that in the last 12 months, over 95% of the top hundred non-gaming applications by consumer spend on Google Play Store and Apple App Store offered subscription services directly through in-app purchases in the U.S. 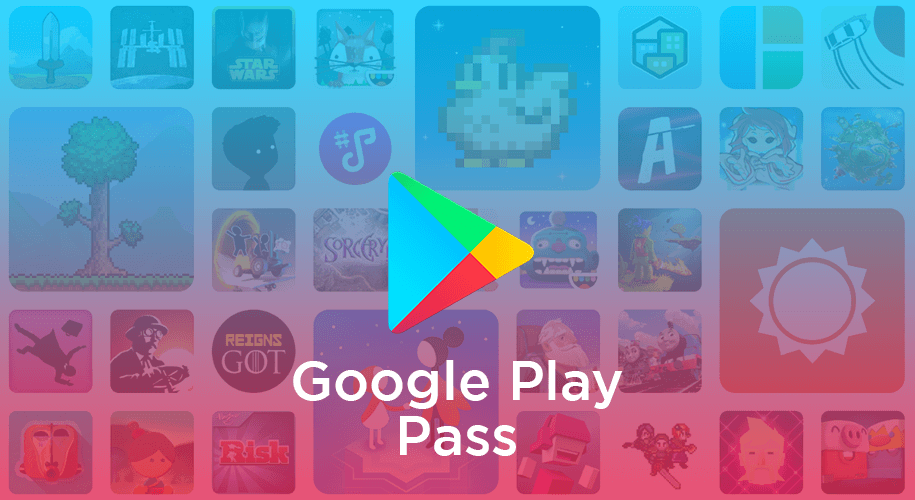 Besides, the worldwide user spends on games is estimated to cross $75 billion in 2020. 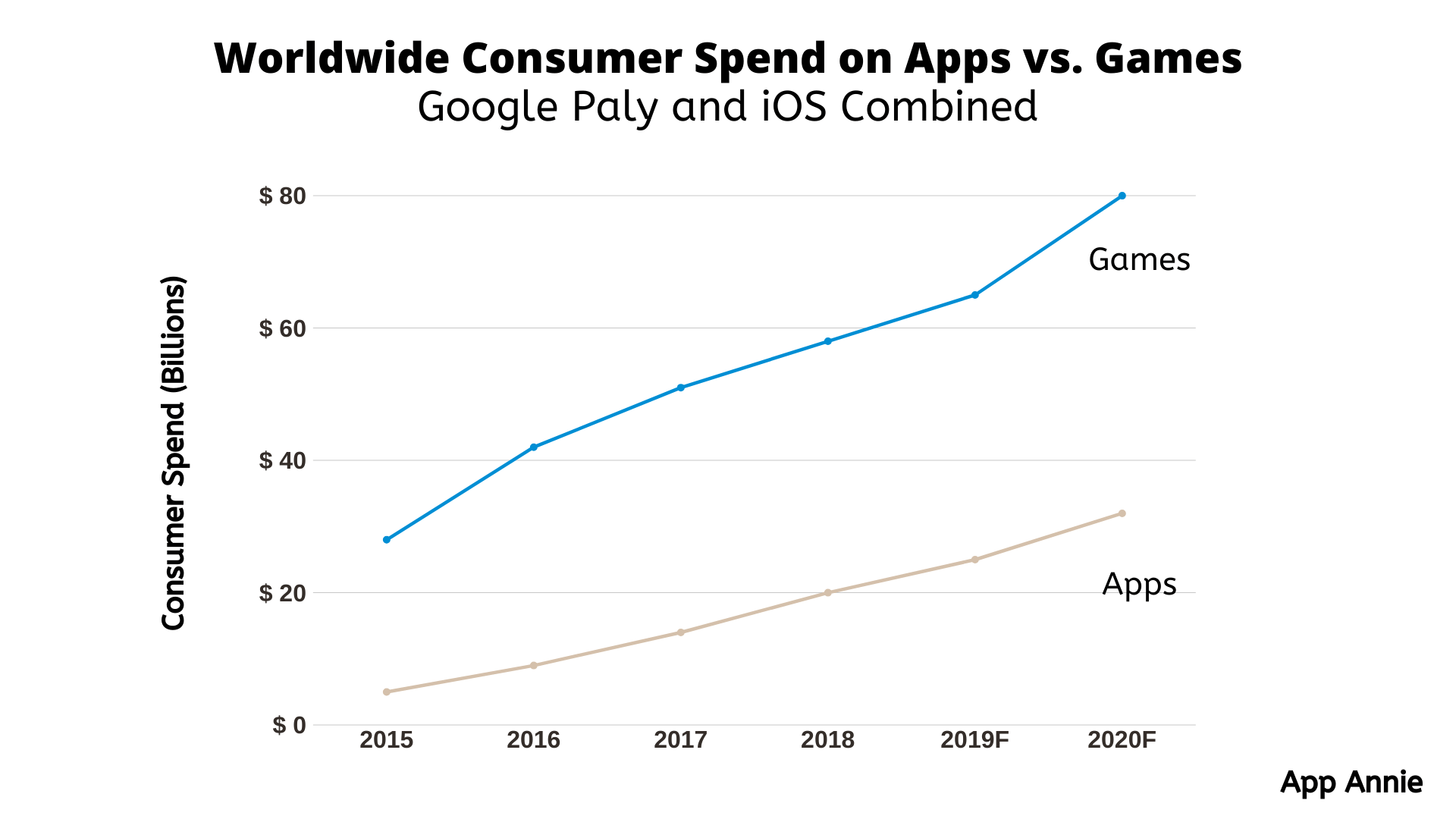 Subscription services allow the user to gain access to a wider variety of services by paying a fixed price, and Gen Z users are fond of this model. This model will create greater possibilities for games by adding in-app purchases or ad monetization models.

According to App Annie, these subscription services will play a vital role in the long-term mobile gaming strategy by providing the chance to strengthen the mobile game ecosystem.

Introducing the next battleground 5G, and gamers will seize the opportunity first.

While 5G is still in its infancy phase, telecommunication providers are shifting to expand coverage in the upcoming year and to validate that the first test will be held on games for market validation. 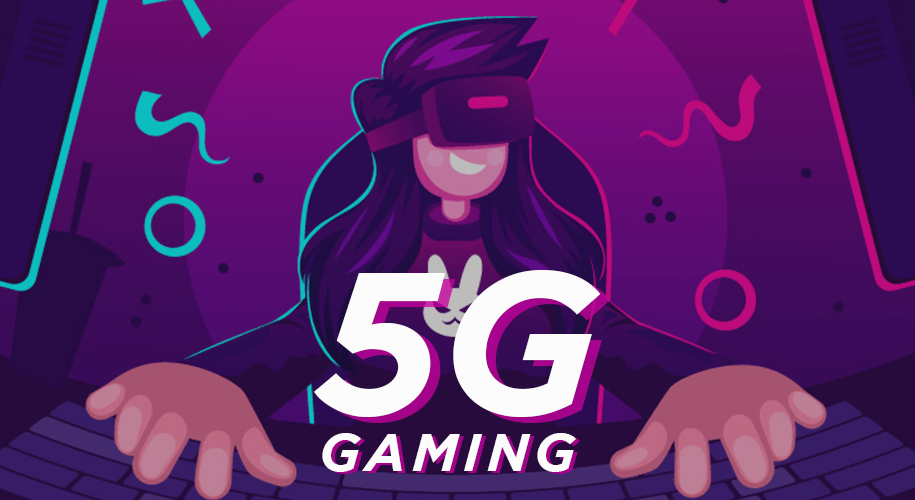 Apart from being the first to leverage 5G, the gaming sector has many opportunities. As per the Ericsson Mobility Report 2019, 34% of all global traffic will be on 5G, and 64% of the entire world’s population will have 5G coverage by 2024. 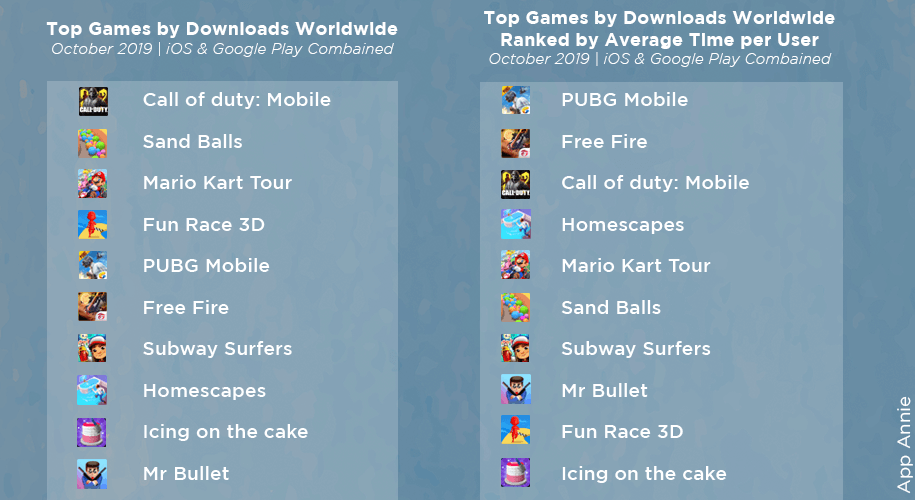 App Annie believes that gamers and game publishers will initially validate 5G’s potential before extending to support industrial applications like in logistics through the development of the driverless cars and connected devices or the internet of things (IoT).

This game genre began as a modification of the Dota game that went popular on Steam. There are many mobile versions available now in this genre from some of the biggest gaming developers, such as Chess Rush by Tencent, Auto Chess: Origin by Drodo/Dragon nest Game, and Dota Underlords by Valve.

This genre then came into the mobile as this genre doesn’t require the accuracy of mouse and keyboard. There are still opportunities for game app developers to optimize the experience further and to make this genre more appealing for a broad range of players.

This genre has already become popular among eSports fans, as the first Auto Chess Invitational offering prize of $1 million. This is huge for a new genre that introduced in 2019.

App Annie suggested the game app development companies to look beyond the game apps that are already present inside the app store and to take advantage of the data to create a unique game that can grab users’ attention.

Progressive web apps will be significant in users’ journey

Progressing web apps are mobile websites that give you a look and feel of an app by ensuring a smooth and great user experience. It doesn’t require users to download the application. 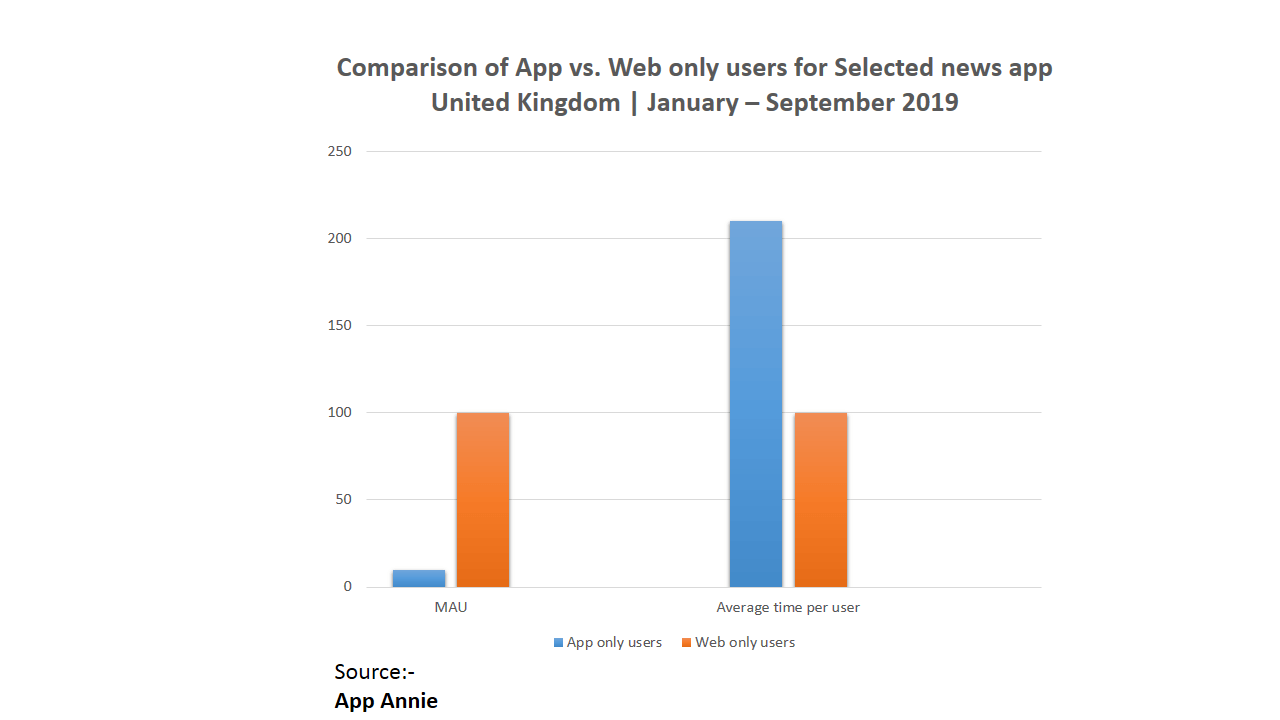 These web apps help increase conversions by analyzing the user experience, and it allows users to use a more limited version of an app with less friction than a mobile website, along with the added benefit of speed.

These apps are valuable where users face connectivity issues and in developing markets. Here App Annie notices the popularity of lite versions is similar to the whole app, e.g., App Annie found out that in India, Facebook Lite had nearly 90% of the downloads of Facebook H! 2019.

As per App Annie PWAs are less valuable for apps that require sign-in to access the full functionality, but these web apps will be beneficial for verticals such as travel, retail, and news where users can test the experience. App Annie gave an example of Trivago that they found success with web apps and saw an increase of 150% in engagement among those who used PWA as compared to their mobile site.

But still, the app is essential to ensure optimal user experience and retention. Besides functionalities and distribution of progressing web apps are subject to guidelines of app stores and browser functionality, which means that native apps should still be the primary focus on mobile.

These predictions indicate a great future of both mobile apps and game apps. To know more about game app develop, reach out to the top game app development company, Auxano Global Services.

You will not only get the support in the development but here you will get an app that can withstand in this competitive market with the help of our marketing and post-development services. Hire dedicated app developers and see your game app rule the gaming industry.

What are you waiting for? 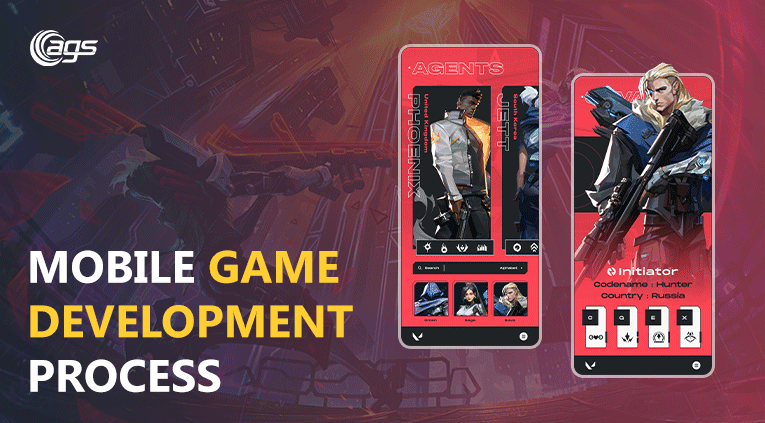