How Much Does Unity 3D Game Development Cost?

Unity 3D is one of the most popular game engines and development tools. It is widely utilized for creating a prototype and completing development. The reason for its popularity lies in Unity 3D game development’s advanced features and functionalities.

Many businesses utilize this platform to create exceptional 3D game that attracts millions of people. Like Cuphead, Hearthstone, Rust, Cities: Skylines, FAR: Lone Soils, Escaplan, and many other famous Unity 3D games are in demand.

In this article, you will get to know about the cost to develop a Unity 3D game.

1. For 61% of developers, Unity remains the top choice and the second most popular choice as a mobile ad network.

3. 94 of the top 100 development studios in the world choose to use Unity Create or Operate solutions.

4. Mobile gamers are installing more apps than ever, with the number of installs increasing by 84%.

The group of factors is divided into two groups, one is the number of developmental factors, and another is the choice of platform. These two categories play a vital role in impacting the price of Unity 3D game development. GDD is expanded as Game Design Document is a software design document functioning as a blueprint that defines the functionality of a game. It is in simple words a document that helps in understanding client requirements and drafting the price template.

It is the skeleton of Unity 3D game development that provides details of the game up front. The details include an executive summary, in-game mechanics, game elements, assets in rewards, resource equipment, and game environment.

The type, theme, and features of the game are other determining factors of Unity 3D game development. These three factors influence the complexity of the game, and with more complexity, the cost will increase.

We can examine the game’s complexity by using the Combinatorial game theory. This theory is a technique that uses mathematics and computer science to study complexity through:-

The requirement for the functionality of a game is quite influenced by the involvement of a number of players. Single-player or multiplayer games impact the choice of features of interaction between players, and the gaming environment.

The development includes Project coordination, Backend development, Front-end development, game designing for UX and UI, Animation, Testing, and Marketing. For all these jobs the experts are required, and therefore more roles to be played, more money will be demanded from the agency.

6. Use of Advanced Technology

Some technologies such as facial recognition, gesture control, voice recognition, high-definition display, and other features for social interaction. Every technology used in the game adds to the usability and also to the final cost of 3D game development.

Now let’s look at the type of platform one can choose from to launch Unity 3D games. The developmental cost, maintenance cost, launch contracts, and many other things contribute to the difference in prices incurred in different platforms.

Windows is widely used for mobiles and desktops. The developer has to develop a game that is friendly with several screen types or select a single screen type. The framework used for Unity 3D game development influences the price. Adding to it, launching a game on the Windows Play store incurs different contracts.

Android is popular among mobile users majorly. An android game is considerably less expensive compared to other platforms due to the ease of the codes and frameworks. Even the launching cost on the android play store is affordable and with convenient tenure. The choice depends on the target audience and competition analyses.

This Operating system is approximately the costliest due to its functionality and developmental methods with launch contracts. Also, launching on iOS leverages a good exposure due to its usage and more opportunities for creative solutions for advertising, launch, and updates.

Considering the hardware cost, installation cost, launching cost, and developmental cost increases the final budget template. These are the determining factors in the platform cost. The choice of platform should not be only cost and budget, but also consider observing the target audience usage, competition saturation on the platform, use of the platform, and development level required.

The choice of platform is crucial to the success of the Unity 3D game, as you have to research thoroughly audience demand and compare your business requirements. For deciding the choice of factors and platform, you can consult our expert Unity 3D developers and professionals for accountable guidance.

The developmental factors mentioned above have contributed to several phases of game development.

Here mentioned are 6 steps of Unity 3D game development. The process is more complicated and requires a professional developer, but here is a simple outline of the steps involved. Before starting with designing and development, the Unity 3D game development includes prototyping and evaluating the sample with the real audience as the sample from the target group audience.

After meticulous research, planning, and testing of the prototype, it is time to move on to modeling and texture mapping. In this phase, complexity, storyline, technology, and the role of developers are all incorporated.

The UX and UI design play their role in this stage where the designer or animator sharpens up the models created and gives them a movable technology. Adding several technologies like VR and AI play a crucial role in a better gaming experience.

After Animation, it is important to include the sound effects that enhance the gaming experience through various techniques. The professionals that work on this phase are adept with music and know how to align animation with sound effects to create an exceptional gaming environment.

After several developmental phases, now the Unity 3D game is ready to be launched on the decided platform with utmost concern on advertising and marketing. The marketing of the app helps in bringing the game to a stage where the audience can see and decide to use it.

Mostly the cost is calculated by the investment of professionals and their time on the project. The time required for completing the project is increased with the complexity and functionality of the 3D game. Time is calculated on a per-hour basis.

Auxano Global Services is the top Unity 3D game development agency and has proven itself in the last 8+ years. Our clients have launched successful games in the market and get regular update services because we understand that maintenance and update are inevitable for a game’s long-term success.

We have specialized professionals working for Unity game development with designers and animators who are adept in developing 3D models and textures. We design and develop exceptional Unity 3D games that get highlighted in the competition because of their unique themes and features.

Consult our team for the Bespoke Unity 3D game development solutions for your upcoming Unity 3D game. Our experts have good dexterity in designing themes, and gaming experiences by creatively converting them into codes in a way that a game is free of glitches and filled with cutting-edge experience and interaction.

The demand for a Unity 3D game is increasing and with COVID-19 the spur of digital platforms is remarkable. With the increased usage of digital platforms, audiences demand a better experience for gaming. Using Unity for game development allows one to have more creative opportunities.

The future of Unity 3D game development is brought about because of the ever-increasing demand and newer technologies coming up that can increase the attractiveness of the games.

How Much Does It Cost To Maintenance Of Mobile App?

How Much Does Teen Patti Game Development Cost?

How Much Does It Cost To Develop Game Like FreeFire?

How Much Does Unreal Engine Game Development Cost?

How Much Does Poker Game Development Cost? How Much Does Unreal Engine Game Development Cost? [2023]

Have you played Fortnite? Did you try Street Fighter 5?... 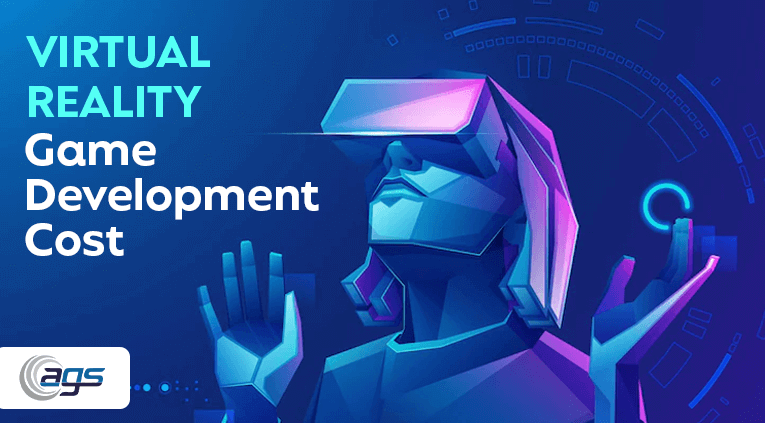 How Much Does Virtual Reality Game Development Cost?

What are the top video games of history? Some might...