With the advent of cross-platform app development technology, people are refraining from coding methods used widely for different purposes. React Native is gaming popularity amongst the beginner developers as well as the expert ones.

In 2013, Mark Zuckerberg felt that using HTML5 instead of Native was a huge mistake, Two years later in February, React Native was launched in the ReactJS conference of Facebook.

When a company with billions of users makes such a shift, it forces other coders or app developers to think about their technical choices. React Native helps the developers in increasing the progress rates of their projects. The native code is written in Java or Objective-C, not necessarily requiring CSS or HTML. You can create a top-notch android or IOS app by using React Native to build native apps or convert an existing application to native.

React is used by coders for creating single-page and mobile applications. If the app is rather complex, you may need more libraries for APIs and routing. It renders the elements as per your inputs to present a clear idea of what you are coding. It allows you to build self-imaging elements to be used across the app. Besides, it works flexibly letting you develop additional features or change the app without rewriting the whole code.

React Native utilizes React to develop Native applications. A React Native developer will rely on Android and iOS elements instead of web components, to build a mobile UI with declarative elements. It supports Android versions 4.1 (API 16) and higher, and iOS versions 8.0 and higher. It depends on JavaScript and Bridge to reach native platforms.

When you use react Native, you will find some basic components including View, Text, Image, Text Input and Scroll View. Now, when we talk particularly about Android, you will find some elements or APIs for creating a dynamic application. These include ToastAndrid, BackHandler, PermissionsAndroid and DatePickerAndroid. React Native latest version is 0.63, it is stable and open-source for all developers.

Converting an existing Android or iOS application to React Native can boost the development process and create complex apps. It lets you apply similar features for both operating systems simultaneously. Here is a step-by-step guide to help you convert your Native Android & iOS app to React Native.

1.Setting up the structure:

Create a new app by running,

You can run commands as npm start for running the app in development mode, npm run iOS for opening the app in an iOS simulator or npm run eject for starting the ejecting process from its build scripts.  It’s just like JavaScript without any iOS or Android directories.

You may have to distinguish the Android Native from the React Native code. This needs altering the structure of your project. Follow the steps.

Go back to the root directory and create a file. Name it package.json. Paste the following code in it.

Ensure that the yarn package is already installed.

Next, Install the react and react-native packages. Perform a command prompt that opens the directory with the package.json file. Run the following code

The yarn has developed a new folder as node_modules. It has all the JavaScript dependencies needed to develop your project.

4.Adding React Native to the project:

Add the React Native and JavaScript dependencies to the library – build.Gradle file. Run the code

Add an entry for the JavaScript maven directories and React Native to ‘all projects’> Android/build.gradle. Ensure that the path is correct.

Go to AndroidManifest.xml. You will find it in the Android studio.

Look for android/app/src/main/AndroidManifest.xml. Add the permission

Add native codes and render the JS element for starting the RN runtime. Start the React app inside the ReactRootView by creating an activity. Name it MyReactActivity. Ensure that the packages used are correct so that there isn’t any error.

Set a theme for MyReactActivity.

You need to add logic for opening MyReactNative Activity. This will launch the React Native app according to your business logic. Run the following code:

To start the development server, run this command in your root directory > YourAndroidApps

You’re done. Run the app from Android Studio and test it. 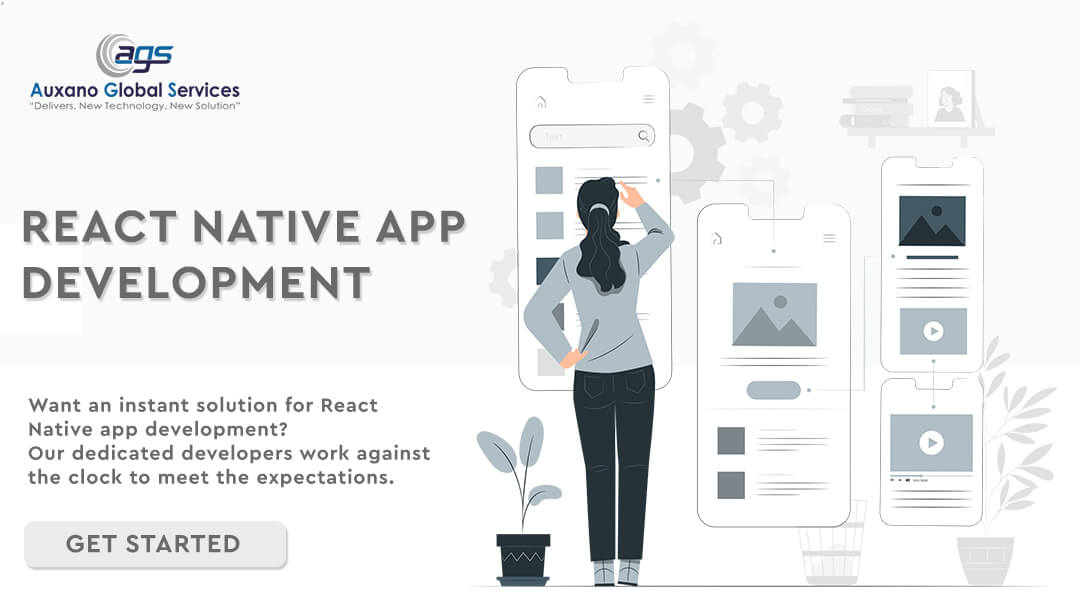 Converting an Android or iOS app into React native is a cumbersome process. Even if you understand the technicalities, you may require professional assistance. Auxano Global Services is one of the best React Native app development companies in USA.

We have hand-picked excellent coders and developers to help brands grow exponentially. Our aim is to achieve client satisfaction by delivering promising results. If you are looking for mobile developers in USA, we are eager to work with you. Get in touch to discuss your project and start work immediately.

Kubernetes Vs Docker: What Is The Difference? [2022]