Kubernetes Vs Docker: What is the Difference?

The cloud computing industry has a long debate over the choice between Kubernetes and Docker. Software and developing professionals often find it quite daunting to choose between these. However, going by the concepts of Kubernetes and Docker, they are not each other’s competition.  They both excel and are leaders in open–source software development platforms.

They are fundamentally different technologies and therefore can’t be compared. Docker is an innovation for creating and managing containers, while Kubernetes is a container orchestration technology. This article will facilitate your understanding of both these platforms, their differences, and a guide to how to utilize them fruitfully.

What is a Container?

The container is a stand-alone technology that is independent of the host operating system. It is an executable unit of software that is responsible for packaging application code with its dependencies, this programming enables a container to integrate with various IT infrastructures.

The portability of containers eliminates several conflicts of transfer and modifications with the new IT system. IT professionals use it for developing a large application that is suitable for distinctive environments and cross-platform.

Kubernetes is programmed to provide an API for managing, deploying, and scaling containerized applications in a system. Being an orchestration development platform, it automates and increases the efficiency of containers in use.

Multiple container architecture is called “Cluster”. Kubernetes Architecture is a cluster that is designated as a “master node” and schedules efficient workloads for the rest of the parallel containers. All other containers in use are termed as “worker nodes” of the cluster.

In 2014 Google introduced Kubernetes as an open-source project. Now it is managed by Cloud Native Computing Foundation. Kubernetes collected its large community of users by robust functionality. This master node determines where and how to host applications, put them together and manage their functions collectively.

Kubernetes assists the software by orchestrating a cluster of virtual machines and scheduling containers based on available computing resources. During this process containers are grouped in pods, Kubernetes can scale these two at the app manager’s desired state and enables management of apps lifecycle to keep apps up to date functioning.

These were the Basic Concepts of Kubernetes, now let’s have a look at how they can be used.

Kubernetes have the largest Community of Users and Programmers, There are several related Functions of Kubernetes.

To make the services visible, it exposes them on the internet. With that Kubernetes balances load when traffic spikes up and maintains stability.

The master node here restarts, replaces, and reschedules worker nodes when they fail or die.

It can automate the functioning of container deployment across various computer nodes.

Kubernetes automates the start-up of new containers in case of heavy loads on CPU, Memory threshold, and custom metrics to maintain stability.

All these functions contribute to the Advantages of Kubernetes.

Kubernetes can work with any type of Container or IT system.

Whether it is a public cloud, private cloud, or on-premises server, this master-node integrates with any type of system.

Before the introduction of Kubernetes teams were able to deploy only once a month, but now deployment can be done multiple times a day.

A fully open-source community project that has several major corporate sponsors, but no company has complete ownership of it.

Many successful IT firms are using Kubernetes regularly. This battle-tested master node is a proven and reliable solution that can reduce the complexities of the cloud.

According to a recent survey, 59% of respondents answered that they use Kubernetes in production.

Kubernetes supports modifications at runtime with no interruption in services and functioning. These deployments are highly versatile and scalable. Developers can increase scales anytime with the increase of load. In case of any faults in functioning, this master node can automatically repair the machine and other containers.

However, it is a complex technology made up of many components that helps with higher security, data storage, and network management. Kubernetes helps you to manage containers in a highly efficient and smooth way.

Kubernetes uses the Docker platform for managing containers and running images. However, the platform can be deployed with any structure or framework.

Docker is a container file format with open-source technology. It is used to automate the deployment of applications as portable, self-sufficient containers. Docker has grown in recent years to be the default container format for isolating environment.

This platform allows one to build and run containers for every kind of deployment machine. The fundamental attribute of A Docker Container is its Portability, it can run and integrate with any system like desktop, data center, or cloud environment. Docker Commands independent functioning so that if an application or part is undergoing an update or repair others can continue their functioning.

This industry has huge competition but Docker has made its way through. This platform made the concept of containers popular and the IT industry started accepting it. The popularity of Docker Architecture gave rise to platforms like Kubernetes. Docker basic Commands use most of the Linux kernel’s features for isolating the whole process into a configurable virtual space.

Docker Architecture Diagram comprises two basic components. One is the Client Command-line interface tool and the second is the container runtime. The objective here of the CLI tool is to initiate directives to Docker runtime on the given command, while the latter one is responsible for creating and running containers on the operating system.

However, Docker is a lightweight containerization technology that needs a real or virtual machine with complete OS to serve a continuous automated integration and deployment.

After comprehending the basics of Docker let’s have a look at tools and terminology commonly used for Docker.

Creating an environment where developers can build and run containers.

This is a simple text file of information to facilitate one’s understanding of building a Docker Container Image.

This tool is utilized for defining and running multi-container applications.

Now, let’s understand in what way Docker can be used

As a result of these functions, there are various Docker Advantages. There are many good reasons why companies like ING, PayPal, ADP, and Spotify are using Docker on a daily basis.

1. Return on Investment and Cost-Savings:

Using Docker invites high ROI. This platform is a solution for bringing down costs and raising profits on a long-term basis.

Docker container leverages constancy with multiple developments and release cycles. This platform is a way for regular development, creation, testing, and production environments.

it can cut -off time spent in creating CI by separating non-dependant steps and running them contemporarily.

4. Compatible and able to be maintained:

With Docker, the container image runs similarly with every server and device. As a developer, it means that you have to spend less time setting up the environment and use a portable easy – to – setup codebase.

Developer and user can code their configuration and deploy it without any problems. The requirements of infrastructure aren’t related to the environment of the application.

Docker can manage deployment in a matter of seconds. This platform is programmed to maintain all configurations internally.

Its hybrid technology removes every barrier to integrating with any environment.  Docker can work efficiently with any cloud or system.

Docker ensures that each container has its resources and is isolated from others. This feature helps to clean the app or remove it because each one of it is independent of one another.

As Docker enables an isolated environment for every container, the security in heavy traffic increases.

How do building and deploying containers work with Docker?

If you want to build and deploy software within the container, then Docker can do it effortlessly. With it, a developer can create, ship, and simply run applications. Dockerfile assists the developer to understand the defined process and gives a command ‘docker build’ to make a container image.

In this process, the developer is given a facility to run the image anywhere with a simple command of ‘Docker Run’. The deployment can also be used with a cloud-based repository called the Docker Hub to keep and distribute the container images.

Highlighting the differences between Kubernetes and Docker

With the basic understanding of these two technologies, we can now move forwards to how they are different from one another. As their meaning suggests these two aren’t a competition to one another, instead can utilize each other to make exceptional software. Docker and Kubernetes, both have their independent purposes and are usually used together.

1. The fundamental difference lies in the way the technologies operate Docker and Kubernetes. Kubernetes is to be worked with a cluster where it is a master node and has other containers as Worker nodes. While Docker works with a single node. Kubernetes containers are distributed to provide high availability.

3. Kubernetes demands a container runtime to orchestrate the containers, while Docker usually functions independently without any assistance.

4. As their build standards, Kubernetes and Docker differ. Kubernetes is often regarded as a premium option to orchestrate containers and manage them well. It facilitates infrastructure framework and manages the developer or user’s interaction with containers. Docker is known for container development and deployment. The basics of any platform are built by Docker, even the Kubernetes framework is built on it.

6. Kubernetes can be developed with a series of manual steps while Docker is a matter of one-liner command.

These two technologies further differ a lot on technicalities and statistics. In terms of the language they use, the purpose they define, the code they develop, and ways in which the container handles are different.

These two technologies, Docker and Kubernetes can be used together and result in an extremely streamlined process of software making and functioning. They might be different from one another, but can’t be compared for the question of which one is better. Both of these technologies have different approaches, functions, benefits, and areas of work.

Docker and Kubernetes can complement each other but can’t be competitive with one another. They are from the same industry but work differently, one can never replace Docker with Kubernetes or vice versa. Development platforms like Docker support Kubernetes and Kubernetes go hand-in-hand with Docker.

Therefore, instead of debating over Docker vs Kubernetes, to build a cutting-edge innovative technological platform, the discussion is better as Docker and Kubernetes. There are many ways in which an enterprise or a developer utilizes both of the technologies with each other’s support. Having different functions can benefit the organization differently. When used together the benefits and advantages can be multiplied.

Auxano Global Services is a Top Bespoke app development company with a team of expertise and professionalism towards coding and development. We serve top-notch companies and assist start-ups to be one of them. As an internationally renowned one, our agency works with superior dexterity in embedding technical language to turn your ideas into reality. We help with distinctive and various types of app development.

If you wish to create an exceptional digital solution with us, then Contact us now. 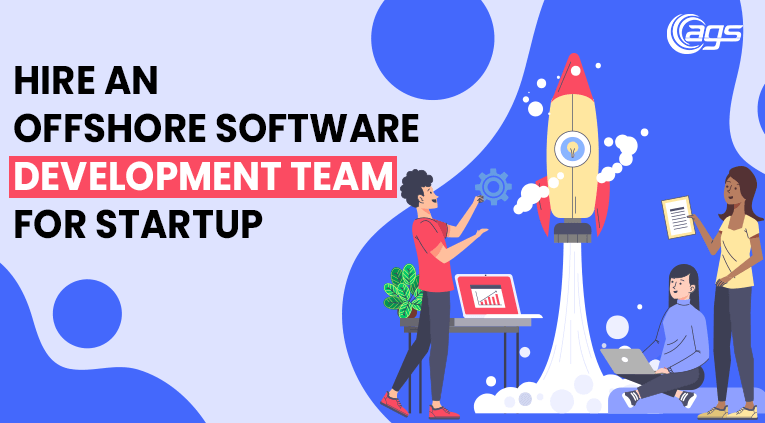 How to Hire Best Offshore Software Development Team For Startup?

According to estimates, the global IT outsourcing market will reach...