What does the word ‘game’ bring to your mind? Is it PUBG, Call of Duty, Candy Crush Saga, or all three? That’s the magic spelled by mobile games these days! The robust, adventurous, and thrilling games have made everyone go gaga behind them.

It’s quite impressive to watch the gaming industry mushrooming into what it is today, over the years. Along with the by-products, gaming engines are undergoing a transition for life. The game-savvy masses are well-acquainted with Unity and Unreal engines – the primary entity behind mind-boggling experiences.

As the gaming industry expands to become a billion-dollar sector, gaming engine development is at an all-time high. Statistics reveal that the gaming engine market will touch the mark of $3981.20 million by 2026. More interesting is the fact that the game engine landscape is growing at a whopping CAGR of 8.8%.

What Do You Mean By Game Engine?

Let’s concrete our understanding of a game engine before unwrapping more layers!

So, what’s a game engine? You can perceive a game engine to be a software development environment (SDE) that facilitates, optimizes, and configures robust game development in a wide array of programming languages.

The 2D or 3D game engines have a myriad of mind-boggling development features like compatibility with animation and sound engines, AI-driven functionalities, and support for various input formats.

What are the Types of Game Engines?

Are you starting in the games development arena? It’s time to taste the Unity engine waters! The cross-platform app development engine, Unity, stands behind some of the leading games worldwide.

It lets you develop 2D and 3D products with AR/VR experiences using different programming languages like JavaScript and Unity Script.

Here are the advantages that edge Unity games in the industry:

Some of the remarkable advantages of the Unreal engine are as follows:

Leading Games Based on Unity Engine:

It’s time to get inspired! Are you wondering about the topmost Unity games? Here is the ultimate list!

You must have heard about these popular games, haven’t you? These are the products that lead the market and have penetrated the lives of a massive gamer base. With the Unity environment, these games transform into a big-picture reality.

Leading Games Based on Unreal Engine:

Unreal games have earned wildfire popularity since the engine’s inception. The state-of-the-art graphics offered by the engine has become a favorite for everyone, developers and gamers.

Initially developed to build first-person games, the Unreal engine has extended to become backbones for a myriad of other products as well. Don’t believe us? Here are some of the most prominent Unreal games to change your perspective about the engine:

Have you played these games before? If not, you must have surely heard about them several times. Besides, more games have swooned the industry and penetrated thousands of devices to date.

The most-awaited time has come. Yes, you’ve guessed it right! It’s about the differences between Unity and the Unreal engine.

Since Auxano Global Services is the leading 2D 3D games development company, we are here to discuss the ultimate comparison between the engines. So, let the battle of Unity vs. Unreal engine begin!

Do you know what concerns a game developer the most? It’s the programming language dependency of an engine. So, you should know the compatible languages for both engines before making a choice.

At some point in the lives of game developers, they refer to the engine community for assistance. Knowing about community support becomes more essential if you are a beginner in the industry.

Although both engines have somewhat massive communities, Unity edges out the Unreal engine in terms of more frequently-updated support queries.

Mods are something that makes developers go crazy. These mods are available on the asset store that lets you install them and create more compelling games for the audiences.

To be honest, Unity gets the center stage regarding asset stores. It has more intriguing mods that change the experience of any game, regardless of its appearance.

Let’s agree that visuals play a pivotal impact in popularizing a game among users. So, you cannot ignore the graphics parameter when comparing Unity vs. Unreal engine.

The Unreal engine takes the lead when it comes to visual effects. It has advanced lighting and particle simulation features to create worth-playing games for gamers. Besides, you can create all types of visual impacts using the Unreal engine in 2D or 3D games.

Documentation can be a game-changer when developing games using an engine for the first time. Do you agree?

Well, both the engines, Unreal and Unity, have comprehensive documentation that explains all their features to the users. However, you can easily find out that Unity3D has more courses and tutorials than the Unreal engine. So, you might face slight difficulty understanding some functionalities of the Unreal engine.

Discussing source code openness might be an advanced topic. But, you need to know everything regarding both engines before choosing any of them for your game development projects.

The Unreal engine is open-source. It means that it is open for the community for enhancements and fine-tuning according to their requirements. However, it is not the same scenario with Unity.

Who likes lagging rendering and delayed post-processing, in turn? No one!

This might be a frustrating issue with Unity as its rendering engine is time-consuming. With faster rendering capabilities in Unreal, it leads the entire gaming industry.

Simplicity might be a groundbreaking point of comparison, especially when you are a naive developer.

Unity leads the Unreal engine regarding ease of use. It encompasses a navigable interface that optimizes game development for the users.

Which One to Choose – Unity or Unreal Engine?

Let’s make it straightforward and crisp for you!

Are you a beginner in programming and wish to try your fate in games development? Unity is your answer if it’s a yes!

In contrast, you can choose the Unreal engine if coding is not your thing but you crave an exceptional graphical performance.

The choice is yours ultimately!

How Much Does it Cost to Develop a Game?

You must be worried about the pockets if you wish to develop a fascinating game using any of these engines.

Although the exact cost depends on various factors like architecture and features, you can expect to spend around $10,000 to $25,000 to develop a compelling game using Unity.

An Unreal engine-based game will cost you anywhere between $20,000 to $40,000. Besides, you might require to pay more depending on the features and functionalities that the game possesses.

How Can Auxano Global Services Help You?

When it comes to developing captivating games that steal the show overnight, team AGS can help you dramatically. Are you wondering what makes us the topmost agency in the landscape? Here are the attributes that provide us with an unbeatable competitive advantage in the market. Take a look!

Game development using Unity and Unreal engines is taking over the world. As games have become a lifestyle for various users, it’s the best time to invest in games development.

How Much Does Unreal Engine Game Development Cost? 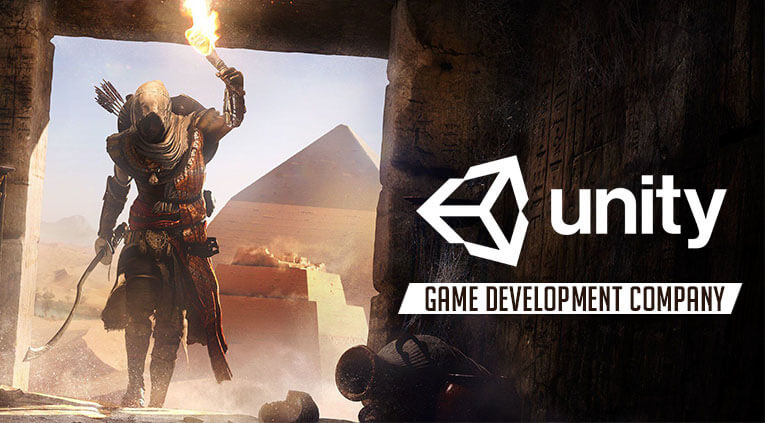 Unity 3D is thriving to produce a more realistic gaming... 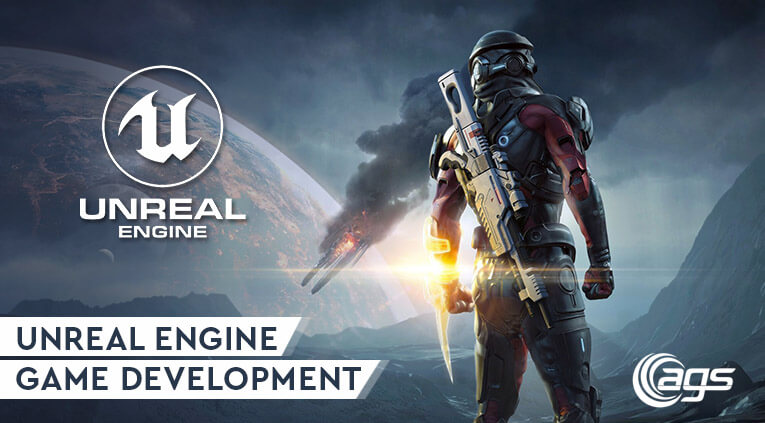 The gaming industry is booming with new and more interactive...